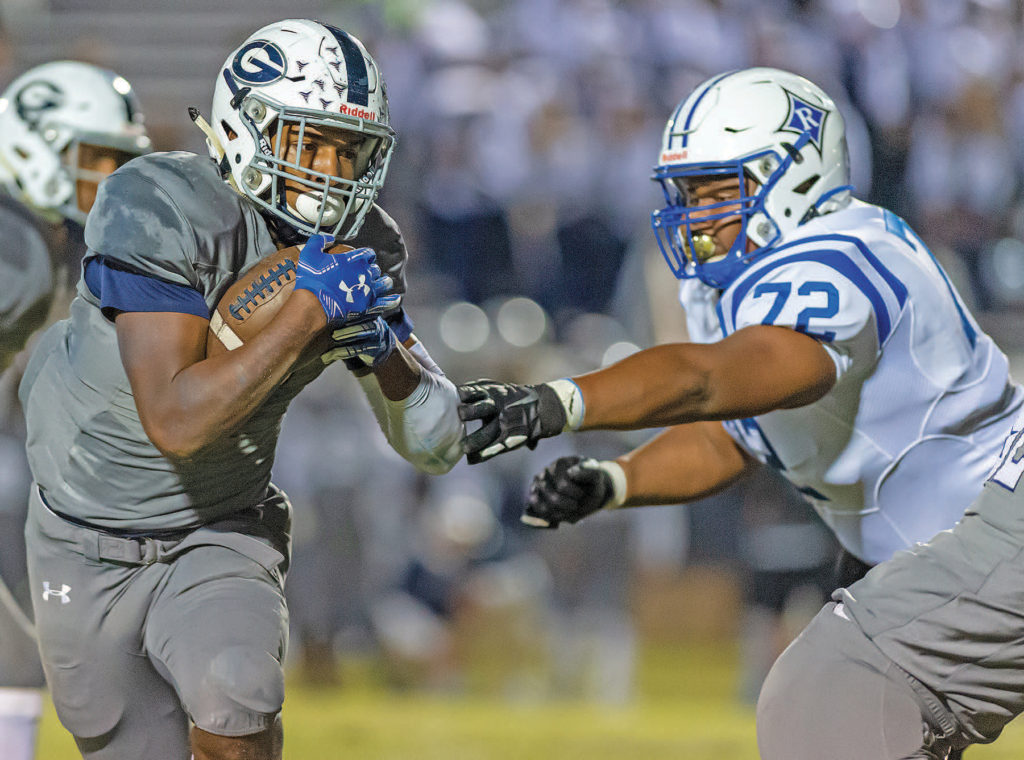 Grimsley Whirley Running back Quan Nora (#7) ran for 134 yards on 23 carries and a touchdown.
Photo by Kevin Dorsey/Carolina Peacemaker 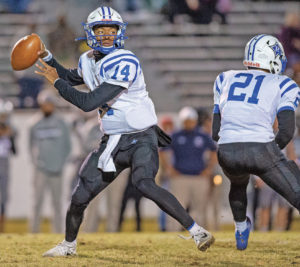 In Friday’s Metro 4 -A match, the host Grimsley Whirlies football squad scored a 33-25 victory over Ragsdale Tigers. Ragsdale led 13-7 at the end of the first quarter. It was tied at the break 13 all. Grimsley outscored the Ragsdale 20-12 over the second half. Christofer Zellous, a senior quarterback, led the Whirlies with 137 yards rushing and 120 yards passing including four touchdowns. Running back Quan Nora rushed for 134 yards on 23 carries and a touchdown.

In their next game, the Whirlies clash with the Page Pirates in a Metro 4A match, on Friday, November 8. Grimsley will attempt to move on its 9-1-season record. The Pirates enter the match with a 3-7 record after their 41-7 league win over High Point Central.

The Ragsdale Tigers (4-6) will now prepare for their match against High Point Central. Bison, enter the Metro 4A match with a 0-10 record. In their last match, High Point Central was toppled by Northwest Guilford, 12-10, in a league match.