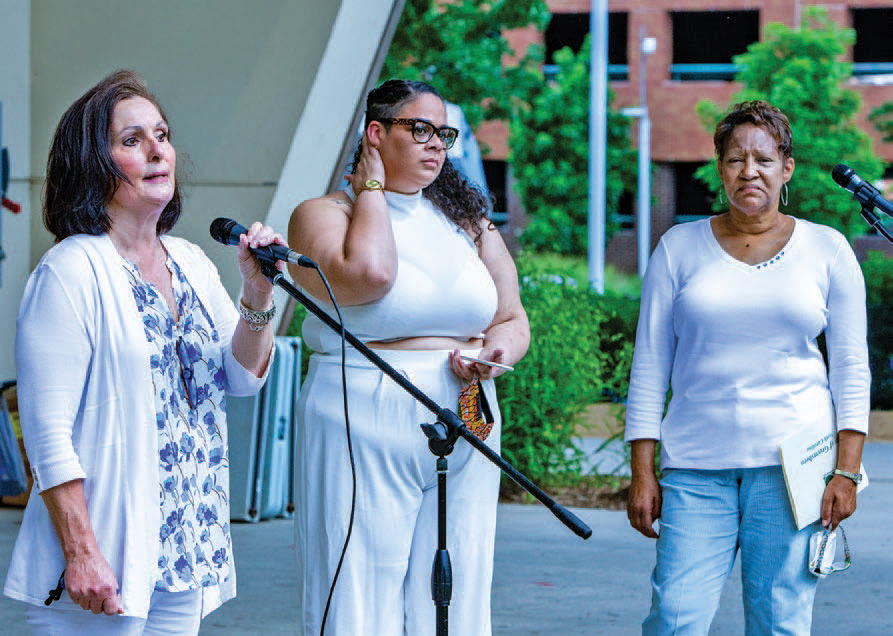 Juneteenth is the American holiday that commemorates June 19, 1865, the day that the remaining enslaved African Americans in Galveston, Texas received news of their freedom. It took more than two years after Abraham Lincoln signed the Emancipation Proclamation for all slaves to learn of their freedom.

Traditionally the day has been celebrated with music, food and unity. Many organizers also take this time to educate and inform about Black history and Black culture in creative ways.
In order to comply with social distancing guidelines, the City of Greensboro hosted a day of virtual activities that included cooking segments, historical perspectives, art performances, and panel discussions all livestreamed on the city’s Facebook page on June 19. A new street mural with the words “One Love” painted on Davie Street was also unveiled on June 21 as a part of the Juneteenth celebrations. The mural is part of Greensboro’s new Street Mural Program, overseen by Creative Greensboro, the city’s department of arts and culture and was done by local artist Phillip Marsh.

On June 21, demonstrators took to LeBauer Park for a Black Lives Matter rally that included powerful performances from artists, and speeches from local leaders and community organizers.
Rally organizer, Mikail Brooks said he wanted to bring citywide recognition to Juneteenth and to remind people how far we’ve come and how far we have to go.

The Juneteenth rally was the young organizer’s first event and he said he was energized by the amount of people who supported his vision. Brooks said he encourages more young adults to realize that they too have talents that they can contribute to the movement.

Brooks said, “Not everyone will want to be a public speaker and that’s ok. There are other ways to be involved and I just encourage people to reach out to others to see how you can get involved.”