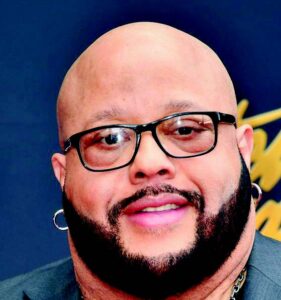 Other performers include Koryn Hawthorne and Anthony Brown. The N.C. A&T gospel choir is also set to perform.

Fred Hammond is a Grammy Award Winning artist from Detroit, Michigan. He is known for his strong vocals and his versatility music. Hammond’s hits include “No weapon “and “Let the Praise Begin.” Hammond has made his mark in the music industry by performing and recording music for 35 years.

Hezekiah Walker is an inductee into the Gospel Music Association Hall of Fame. Walker is from Brooklyn, New York. His hits include “Wonderful is your Name” and “Souled Out.”

Anthony Brown and Koryn Hawthorne are also performing. Brown is known for hit, “Worth” and Hawthorne is known for his hit single “Won’t He Do It”
.
Attendees are expected to wear masks at the Greensboro Coliseum. The venue is following the Guilford County mask mandate that went into effect Friday, August 13, 2021.

Social Media users have been pleased with the Gospel concert lineup.

Dress code for the concert is “Sunday Best.” Most attendees will wear pretty dresses and tailored suits. Mother of a current N.C.A&T student, Crystal Butler said, “The gospel concert is like a formal attire event.”

The last gospel concert was in 2019 at the Greensboro Coliseum. The acts were gospel greats John P. Kee and Donald Lawrence & Company. In 2018, Kirk Franklin was the main act of the concert.
A huge turnout is expected this year due to the cancellation of the 2020 GHOE festivities. One passerby at the A&T Student Center said, “We are making up for lost time.”