If you were under any impression that the Republicans have ceased their voter suppression efforts after trying unsuccessfully to overturn the Nov. 2020 presidential election results, guess again.

If anything, the fact that former Pres. Donald Trump decidedly lost to Democrat Joe Biden – in addition to the stunning victories by two Georgia Democrats earlier this month – have inspired Republican-led legislatures across the nation to ramp up efforts to establish tighter controls over voter mechanisms in Georgia, Pennsylvania, Arizona, and of course, the granddaddy of them all, North Carolina. 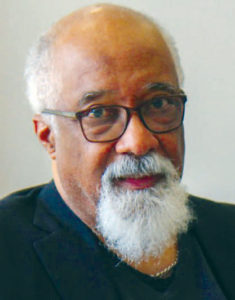 The objective? Not to ferret out alleged “rampant” voter fraud, which Republicans maintain – without evidence – has corrupted the system, but to ensure more GOP electoral victories.
With the next critical national election just around the corner – namely the 2022 midterm elections – Democratic voting rights attorney Marc Elias said it best recently on Twitter.

“If you don’t think that voter suppression is the GOP’s top priority for 2021-22, then you aren’t paying attention.”

Republican-led states are looking to eliminate no-excuse mail-in voting and voting drop boxes, as well as establish voter I.D laws and other restrictions that would make it harder, not easier for African Americans and other communities of color to cast ballots.

In North Carolina, state Republicans, who still maintain control of both chambers of the General Assembly, are eagerly awaiting two court cases – one federal, one state – dealing with the future of North Carolina’s 2018 voter ID law.

Per the federal case, the Fourth Circuit recently dumped a federal judge’s temporary injunction against the 2018 voter ID law until an upcoming hearing. The state case hearing has yet to be scheduled.

Meanwhile, Republican leaders in the N.C. legislature are reportedly prepared to introduce new restrictive voting laws during the current session.

This week, Amy Cooke, the new CEO of the Raleigh-based right-wing think-tank the John Locke Foundation, issued the latest of her weekly video commentaries, claiming that “…reporters and left-wing activists have misused the words “almost surgical precision” regarding a U.S. Fourth Circuit Court of Appeals decision striking down the 2013 N.C. voter ID law regarding how African American voters were targeted for suppression.

Cooke maintains that the phrase is used to “distort Republicans’ record,” adding there was no proof GOP legislative leaders were racially targeting “anyone.”

“With two Trump appointees, and one Obama judge, the Fourth Circuit restored voter ID for North Carolina,” Cooke says. “And depending on a separate case in state court, the state could have voter ID for the next election (2022). With the 2021 legislative session just starting, I’m sure there will be more debate about voter ID and redistricting.”

Not so fast, says attorney Irving Joyner, who actually led the N.C. NAACP legal team that got the 2013 voter ID law overturned.

“Based on the totality evaluation, which the 4th Circuit conducted, that three-judge [appellate] panel concluded the General Assembly’s assaults on Early Voting, Out of Precinct Voting, same day registration and voting, pre-registration by 16 and 17-year-olds and the imposition of a stringent Photo Voter Identification Requirement were intentionally directed at blunting the increasing voting political participation by African Americans in this State’s political process. Based on this legally mandated totality assessment, the 4th Circuit concluded that the General Assembly had acted with surgical precision to curtail those voting procedures which had been heavily utilized by African American voters.”

As evidence, Joyner reminds us that Republican lawmakers requested specific information on what kinds of photo identification Black voters were likely to have, and they crafted the 2015 law to disallow those specific forms of ID.

Republicans took note of Black voters favoring early voting, then cut the number of days they could do it, plus eliminated “Souls to the Polls” Sunday voting.

They also eliminated same-day registration/voting, and other aspects of early voting utilized heavily by African Americans.

“The John Locke analysis is distorted and is designed to mislead those persons who listen to it,” Joyner continued. “I am sure that we will hear this ill-informed analysis again as the General Assembly returns to efforts to curtail the constitutional right and opportunities of African Americans and racial minorities to vote.”

“Presently, the N.C. NAACP is challenging the latest effort by the General Assembly to impose a Photo ID requirement in federal court. Initially and in response to this challenge, an injunction was issued in favor of those Plaintiffs which prevented the use of these Photo IDs during the past elections. That injunction was recently dissolved by the 4th Circuit Court of Appeals after the November elections, but that decision is presently being appealed. In a separate and independent challenge to the photo ID requirement which was filed in State Court, another injunction has been issued and that decision remains in place while the appeal in the 4th Circuit continues.”