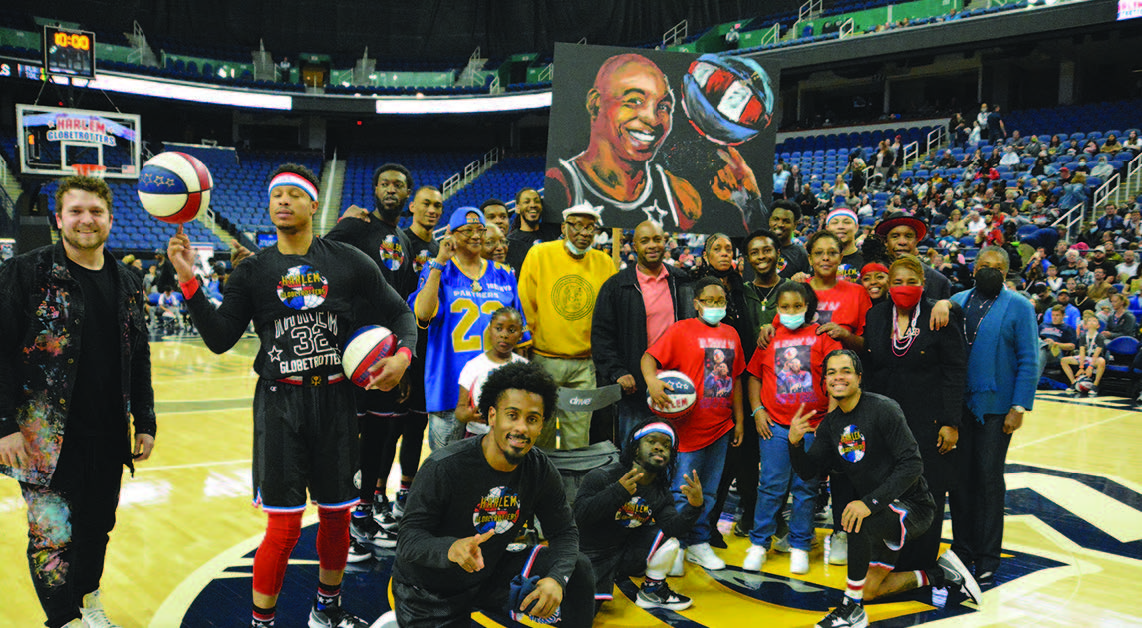 The Harlem Globetrotters with the family of the late Frederick “Curley” Neal, former Globetrotter and Greensboro native. Photo by George Curtis/Carolina Peacemaker. 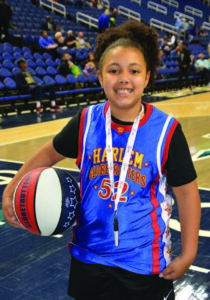 The Harlem Globetrotters brought their signature ankle breaking moves and rim-rattling dunks to the Greensboro Coliseum on April 8 as part of its ‘Spread Game’ tour.

The stop in Greensboro also gave a moment to honor Globetrotter legend and Greensboro native, Frederick “Curly” Neal. He grew up in Greensboro and graduated from Dudley High School. In 2008, after 22 seasons with the world-renowned team, Neal retired his jersey. He passed in March of 2020. Neal played 22 seasons wearing the number 22, so the Globetrotter organization decided to use that as inspiration for the ‘Spread Game’ tour and a celebration concentrated on this significant number to commemorate his legacy. Aggie alum, Zeus McClurkin, who has been a Globetrotter for more than a decade, was also a featured treat for local attendees.

Earlier this year, the group attempted 22 world records in only two days, in a tribute to Neal, including the farthest basketball bounce shot, most blindfolded basketball slam dunks in one minute, and farthest behind-the-back basketball alley-oop slam dunk.

The team was organized in Chicago in 1926 as the all-Black Savoy Big Five. Sports promoter Abe Saperstein acquired the team soon after and owned it until his death in 1966. In January 1927 the team debuted in Hinckley, Illinois, under the name New York Globetrotters. 90 years later, the team is still going strong, continuing to entertain audiences all over the world.

Anyone who missed this show can catch them again in Charlotte on April 15.