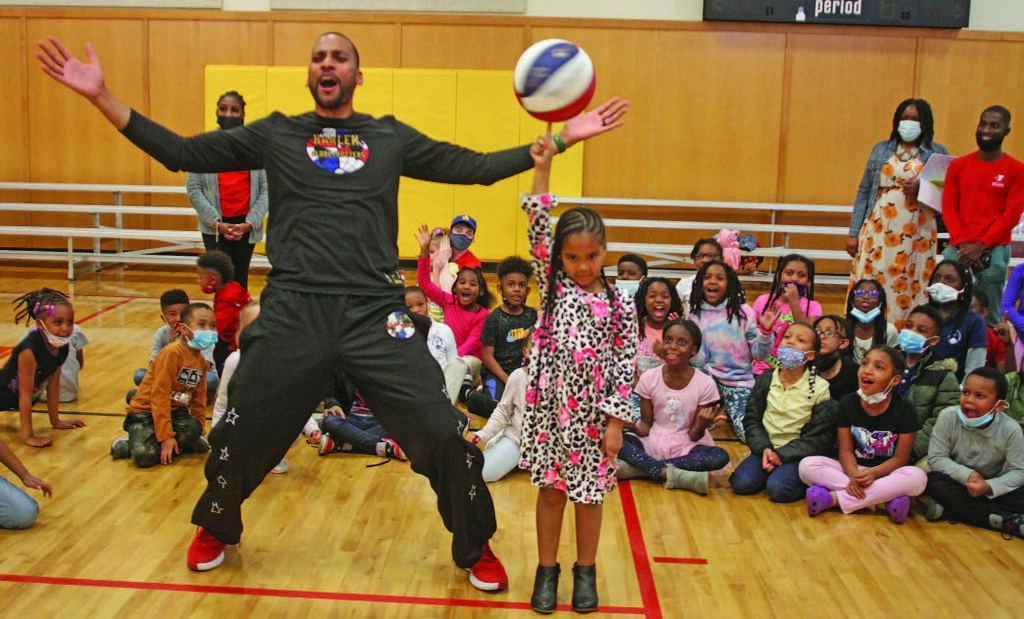 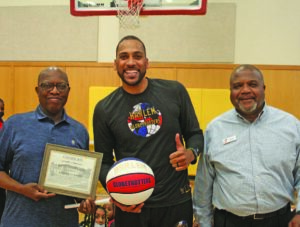 A member of the World Famous Harlem Globetrotters for the past 10 seasons, Julian “Zeus” McClurkin gave a basketball handling drill and empowerment speech Tuesday afternoon to children at Hayes-Taylor YMCA.

McClurkin’s biggest message to the children was to never give up on your dreams.

McClurkin is a testament to not giving up or letting obstacles get in the way of achieving one’s dreams. He was cut from every basketball team he tried out for from seventh grade through tenth grade, but he kept pushing and finally made his high school team his junior and senior seasons. He played his first couple of years of college ball at a Division II program, but the departure of the head coach left McClurkin on the outside looking in.