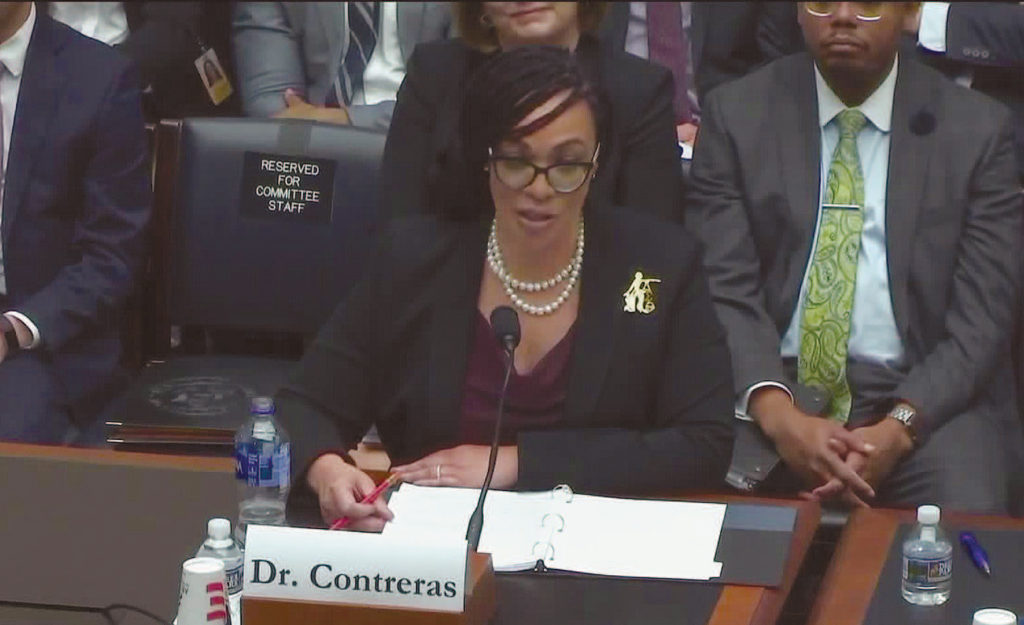 On February 12, Dr. Contreras provided testimony on public school infrastructure to the U.S. House Committee on Education. She was the only superintendent in the country invited to testify at the hearing.

Guilford County Schools (GCS) Superintendent Sharon L. Contreras testified before the U.S. House Committee on Education and Labor on February 12, where she addressed the condition of school facilities and how infrastructure impacts the educational experiences for students and teachers.
She was the only superintendent in the country invited to testify at the hearing, “Underpaid Teachers and Crumbling Schools: How Underfunding Public Education Shortchanges America’s Students.”

The hearing put a national spotlight on some of the nation’s most dilapidated schools. Lawmakers and education advocates discussed the proposed Rebuild America’s Schools Act of 2019, which is a bill that would allocate $100 billion for physical and digital infrastructure repair in schools, including $70 billion of direct funding and $30 billion in tax credit bonds. 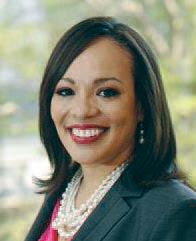 According to Contreras, the deferred maintenance backlog in the GCS district alone was pegged at $800 million, while renewal funding for preventative maintenance and reasonable replacement cycles for furniture, fixtures, equipment and technology was estimated at $6.9 billion over a 30-year period.

“While the physical condition of our buildings is troubling, our greatest concern and frustration is that most of our schools do not meet the baseline standards required to adequately support 21st century learning,” said Contreras. “The buildings in our district are designed for an industrial era that no longer exists.”

She gave an example of an HVAC system failure at one of the middle schools several years ago, and because of the underfunded maintenance budget, they were forced to replace it in phases over a three-year period at the cost of approximately $5 million.

“Had we replaced the HVAC system in one year, that upgrade for a single school would have nearly depleted our entire annual maintenance budget,” she said.

Contreras referenced a recent independent audit of GCS facilities by MGT Consulting Group, which recommended $1.5 billion for school renovation, replacement and new construction. It also called for the closing or “repurposing” of 10 schools and the replacement of 27 others within the next ten years.
Guilford County Schools is the third largest school district in North Carolina, the 47th largest of more than 14,000 in the United States, and serves more than 73,000 PK-12 students at 126 schools.

Contreras mentioned mobile units still in use that date back to the 70s, sewage and leaking roof problems at several schools, and the poor quality of health some of the poorer schools encounter on a daily basis. She added there needs to be attention given on constructing buildings that can withstand natural disasters, which is something that Guilford County experienced when three schools were destroyed by an April 2018 tornado.
She also fielded questions on asthma rates in GCS and quality security systems for schools. She said the county has promised to invest another $10 million for security upgrades.

“About 5,500 cases of asthma that we know about, 75 percent of those cases are in the poorest schools,” said Contreras. “These buildings are wet and smell like mold, and have poor air quality. You have poor children in most of these buildings. The children, who deal with mold or pest infestations in their homes, then have to come to school and deal with the same conditions.”

“While there may be some who believe there is waste in the school district, we make a very conscientious effort to make sure that all of our schools receive what they need,” said Monk. “We’re not as concerned about being equal in expenditures to schools, but being equitable.”

Contreras said school leaders are hopeful that the community and the nation will rally around the Rebuild Americas Schools Act.