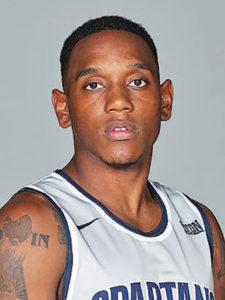 James Dickey, III and Diante Baldwin are playing for Team CP3 in The Basketball Tournament, with NBA All-Star Chris Paul as the team’s general manager. While he will not be playing, Kyle Hines is serving as a general manager for Team Hines.

The Basketball Tournament (TBT) is a $1 million, winner-take-all summer basketball event televised live on ESPN networks. The games are played under quarantine at Nationwide Arena in Columbus, Ohio.

All 23 games of the single-elimination tournament – the first live television basketball to be played on American soil since March 12 – will be broadcast on ESPN (21 games) or ESPN2 (two games). TBT games also will be streamed live and on-demand via the ESPN Player to more than 135 countries throughout Europe, the Middle East, Africa and Asia.

Dickey finished his career as one of the most decorated UNC Greensboro Spartan basketball players in program history. In helping UNCG to its fourth consecutive 20-win season, Dickey became just the second player in SoCon history to collect 1,000 career points, 1,000 career rebounds and 200 career blocks. He finished his career with a program record 1,060 rebounds, while his 222 blocks are second all-time.

This past season, Dickey led the SoCon in offensive rebounds per game (3.0) and blocked shots (53). He was also second in the conference in rebounding (9.3). 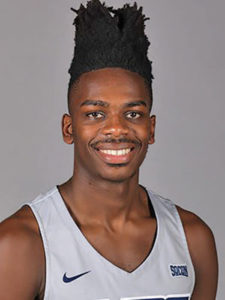 During his senior season, Baldwin was named Second Team All-Southern Conference and was named to the SoCon All-Tournament Team. He was second on the team in scoring at 13.5 points per game.
He played one of the most memorable games of his career against Syracuse in the NIT, helping the Spartans to one of their biggest wins in program history. Baldwin scored a team-high 19 points, tied his career-high with nine assists and grabbed eight rebounds in the NIT at Syracuse.

All Games Played at Nationwide Arena in Columbus, Ohio, All Times Eastern