Five Years After His Death, New Music Arrives from Prince 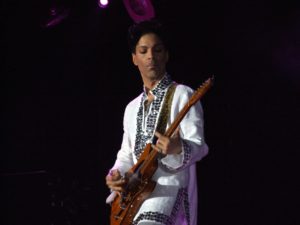 MINNEAPOLIS, MN. – Five years after his sudden death, the icon Prince’s estate is releasing brand new music that is sure to excite his still loyal fanbase.

Fans got a preview on CBS’s Minutes, and Prince’s longtime guitarist, Brown Mark, recently sat for a special interview with the Black Press.

The 12-track disc was recorded in 2010 to accompany a tour of the same name but never released.

The estate plans to debut the new music on July 30.

“Welcome 2 America is a document of Prince’s concerns, hopes and visions for a shifting society, presciently foreshadowing an era of political division, disinformation and a renewed fight for racial justice,” Prince’s estate noted in a statement.

Never a big fan of social media, Prince sings about how superficial social media could be, corporate monopolies in music and reality television.

On the title track, Prince sings: “Welcome 2 America, the land of the free – home of the slave.”

Prince fans know that track is reminiscent of his 1985 song, “America,” from his “Around the World in a Day” album.

In that song, the Purple One sings: “Aristocrats on a mountain climb, making money, losing time/Communism is just a word, but if the government turn over, it’ll be the only word that’s heard/America, America/God shed his grace on thee/America, America Keep the children free.”

Songs from the new CD include “Running Game (Son of a Slave Master),” “Born 2 Die” and “One Day We Will All B Free.”

Prince also sings about “Distracted by the features of the iPhone/Got an application, 2 fix Ur situation.”

During the “Welcome 2 America” tour, which lasted for three years beginning in 2010, Prince performed over 80 shows. The estate doesn’t explain why he never released the accompanying CD.