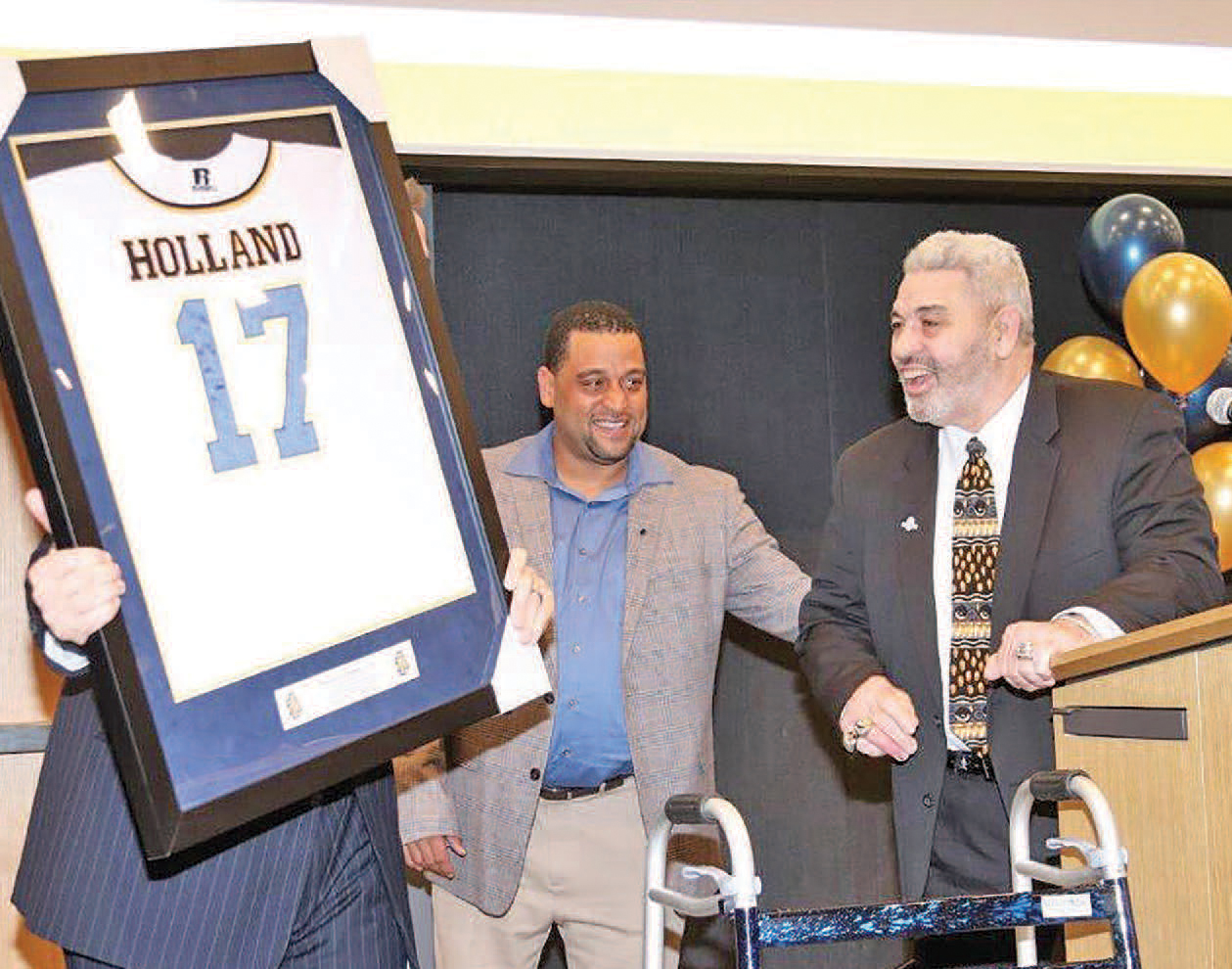 Al Holland, Sr., a North Carolina A&T State University baseball legend who pitched for the program in the 1970’s, became just the second former student-athlete in school history to have his jersey retired.

Holland had his jersey retired at N.C. A&T baseball program’s 2nd Annual First Pitch Baseball Banquet on Saturday, February 8 in the Deese Ballroom of the Student Center. Jack McKeon, former manager of the (then) Florida Marlins who won a World Series with the team in 2003, served as the guest speaker.

“I am overwhelmed by the outpouring of support in our second year of hosting the banquet,” said Hall. “To sell out the event in consecutive years is a testament to the championship caliber team we have built over the years, but also reflects a commitment from our alumni, Aggie baseball players and parents who care deeply about the program’s successes.”

Holland pitched for the Aggies from 1972-1975 before enjoying a 10-year career in the majors. During his time with the Aggies, Holland pitched four no-hitters; one in each of his four seasons. His no-hitter in 1972 versus North Carolina Central University included 25 strikeouts.

During his speech, McKeon shared tidbits of wisdom with the current team, while keeping the crowd entertained by providing humorous tales about his travels as a manager. “Sometimes you have to keep your dreams but change your direction,” McKeon challenged the team to remember.