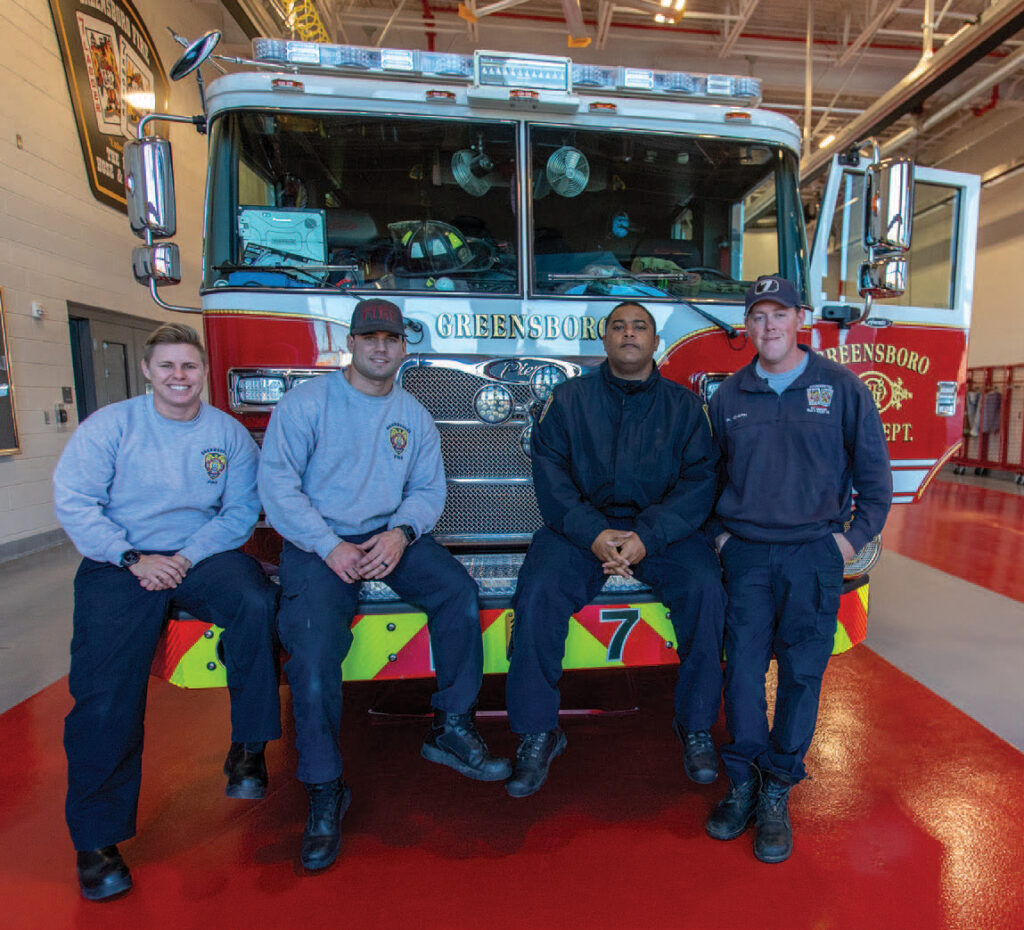 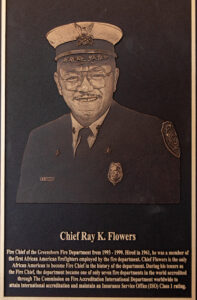 Greensboro Fire Department will reopen and formally dedicate Fire Station 7 to retired Fire Chief Ray K. Flowers, a 37 year-veteran fire fighter and the first and only African American to serve in the top position, 1993 to 1999.

A public ceremony is scheduled at 10 a.m., December 20, at the 18,000 square foot facility known as Fire Station 7 and Guilford County EMS Base 1. Located at the corner of East Wendover Avenue at Gatewood Avenue, the imposing, fortress-like tower structure with twin clocks rises on the same spot as its predecessor known as Eastside Hose & Truck Co opening in 1958.

The new two-story fire station can boast of singular distinction of having the only fire poles in any fire station in Greensboro.

In the station’s entrance, a bronze plaque bearing Chief Flowers is visible, proclaiming his service. Under Chief Flowers’ leadership as chief, the department gained national and international recognition as one of only seven fire departments in the world to attain a Class 1 rating.