Fight back with the dollar and the vote 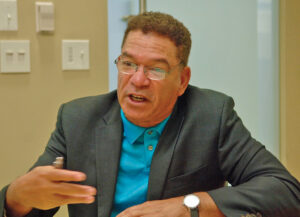 Michael Grant, former president of the National Bankers Association and a spokesman for the Black Wealth 2020 movement for support of Black businesses, banks, and home ownership

WASHINGTON – Galvanizing people to spend money with Black-owned businesses, make deposits in Black-owned banks and voting for a mid-term election result that would cause Black Caucus members and Democrats to chair U.S. House and Senate Committees are the necessary keys to maximize Black economic growth this year, according to top financial experts.

“The year 2018 can be the year when African Americans become serious about taking control of our economic destiny. We should feel an urgent need to close the racial wealth gap that continues to widen,” says Michael Grant, former president of the National Bankers Association and a spokesman for the Black Wealth 2020 movement for support of Black businesses, banks, and home ownership. “We must actively seek out and support Black businesses, do more deposits and loans with Black banks, and do everything within our individual and joint capacities to secure homeownership for our people. I will be praying to almighty God for our success.”

As socially conscious people become intentional about their spending and financial habits, they must also target political candidates who will push for and establish federal policies that protect and undergird Black economic justice, says Rev Jesse Jackson, president/CEO of the Rainbow-Push Coalition.

“This year is a big vote year – 2018 – We have the power to take the Congress back, the power of Black Congressmen and Congresswomen to become chairs of committees,” Rev Jackson says. “Politically, that is worth dealing with – our dollars and our votes.”

Jackson was referring to the mid-term elections on Nov. 6, 2018. Political observers believe it to be possible to overturn Republican majorities in both the House and Senate. Democrats, overwhelming supported by Black voters, are viewed as more sensitive to racial disparities than Republicans. All 435 House seats and 33 of the 100 Senate seats are up for election.

Economic justice advocates say small and Black-owned businesses are also key to helping to close the racial gap in the unemployment rate. The U.S. Small Business Administration (SBA), which defines an independent small business as having fewer than 500 employees also say small businesses comprise more than half of the nation’s new employees every year, according to the SBA’s Office of Advocacy.

Therefore, as Black businesses grow, Black employment will grow. Ron Busby, president/CEO of the U.S. Black Chambers, Inc. has both good news and bad news in that regard. 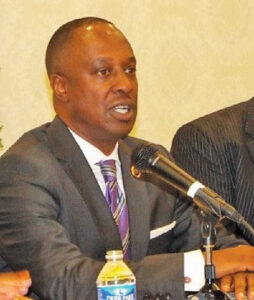 But he adds, “The bad news is that the average revenue for all Black firms was less than $77,000 annually.”

This low revenue is largely because of a dearth in access to capital for Black businesses, a factor that remains an obstacle for growth – and “our options remain bleak,” Busby said.
“With the current administration pushing for tax reforms for the rich and loopholes for large businesses it would be crucial for African Americans to be diligent in our spending habits and our business activities. As businesses owners, we must provide the products and quality services that our customers seek and as advocates, we must continue to push the dialog of inclusion as well as self-reliance.”

“It is challenging to predict what will happen to African American people in this economy, given the unstable leadership we have in this country. For all his bragging about economic expansion, a rising stock market, and lower unemployment rates, Mr., “What Do You Have To Lose?” has done nothing to specifically target African American people and the wealth gap, the income gap, or the unemployment rate gap,” Malveaux states. 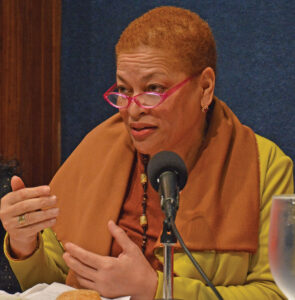 The upside, she points out, is that “an expanding economy helps everyone,” although African American unemployment rates remain double that of Whites and constantly above the national average regardless of whether the overall numbers rise or fall.

Malveaux explains, “If growth rates remain at 3 percent, we can expect to see even lower unemployment rates than now – currently 4.1 percent overall, 3.7 percent for Whites, and 7.4 percent (exactly double) for African Americans.”

National Urban League President/CEO Mark Morial agrees that although the Black unemployment rate has fallen along with the overall rate, the African American struggle for economic parity must remain fervent in 2018 – especially as it pertains to wages and homeownership.

“The continuation of wage stagnation means that the average African Americans’ paycheck does not purchase what it purchased in 2000. Same for Whites and Latinos. The caveat is that far fewer African Americans are in the top 20 percent whose earnings and incomes have not been stagnant,” Morial states. “As to housing, we have a very deep crisis when it comes to the loss of Black homeowners. We are almost back to where we were in the 70s. Add to this the skyrocketing increases in rents and you have people being squeezed very hard.”