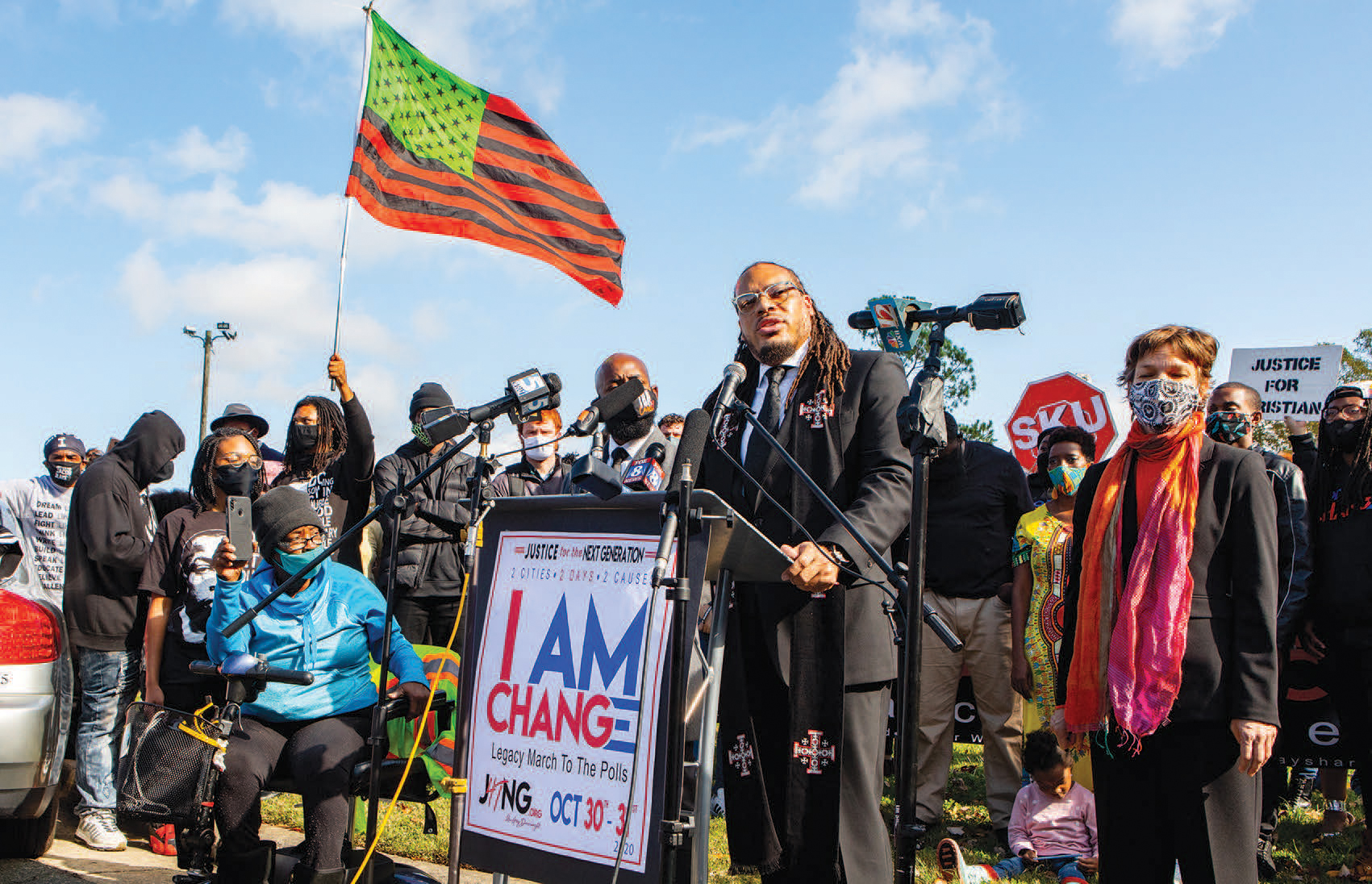 Rev. Greg Drumwright (at podium) speaks during a march to the polls on Saturday in Graham, N.C. Drumwright and march participants were pepper sprayed by Alamance County and Graham law enforcement prompting a federal lawsuit. Photo by Ivan Saul Cutler/Carolina Peacemaker

The ACLU of North Carolina and the Lawyers’ Committee for Civil Rights Under Law out of Washington, D.C. filed a federal lawsuit earlier Nov. 2nd, suing Alamance County Sheriff Terry Johnson, and Graham Police Chief Mary Kristy Cole for the pepper-spray attack on 200 peaceful marchers Oct. 31st who were headed to cast their ballots on the last day of early voting.

According to published reports, the attack by sheriff’s deputies and Graham police officers targeted the marchers, including several young children and elderly participants – at least one in a wheelchair.

Twenty-three people were arrested, including at least one reporter. 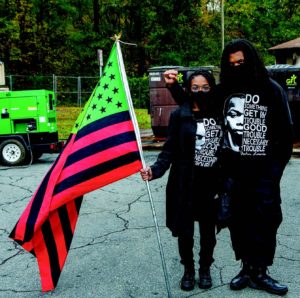 Rev. Greg Drumwright of Greensboro, the leader of Justice for the Next Generation, the sponsor of the event, maintains that the march had a permit which included demonstrators stopping at a confederate statue to kneel for eight minutes and 42 seconds, in memory of the police killing of North Carolina native George Floyd last May, and then holding a rally in front of the Alamance Courthouse.

The Alamance sheriff and Graham police chief counter that the marchers did not have permission to walk in the street or block traffic, and that once their salute to George Floyd reached the nine minute mark, officers began using the pepper spray to move participants.

Still photos show some officers aiming the spray at the ground in front of marchers, while others aimed above marchers’ heads. Video shows participants struggling to breathe as they were being moved.

Authorities allege that at least one officer was assaulted by a marcher.

“The police violence in Graham, North Carolina perpetrated against a group of peaceful and primarily Black protestors over the weekend is yet another clear violation of the right to free speech and the right to vote,” said the Lawyers’ Committee in a press release. “We will not stand back and let the voices of voters continue to be suppressed just hours before Election Day. Racially motivated attacks on peaceful demonstrators is a form of grotesque voter intimidation and we cannot continue to let these acts of violence continue.”

The federal lawsuit alleges that the Alamance Sheriff’s Dept. and Graham Police Dept. violated the First, Fourteenth and Fifteenth Amendments to the U.S. Constitution by restricting freedom of speech and stopping the marchers from voting.

Rev. Drumwright is named as one of the plaintiffs.

Cash Michaels is an award-winning journalist covering state news for the Carolina Peacemaker. He is based in Cary, N.C.