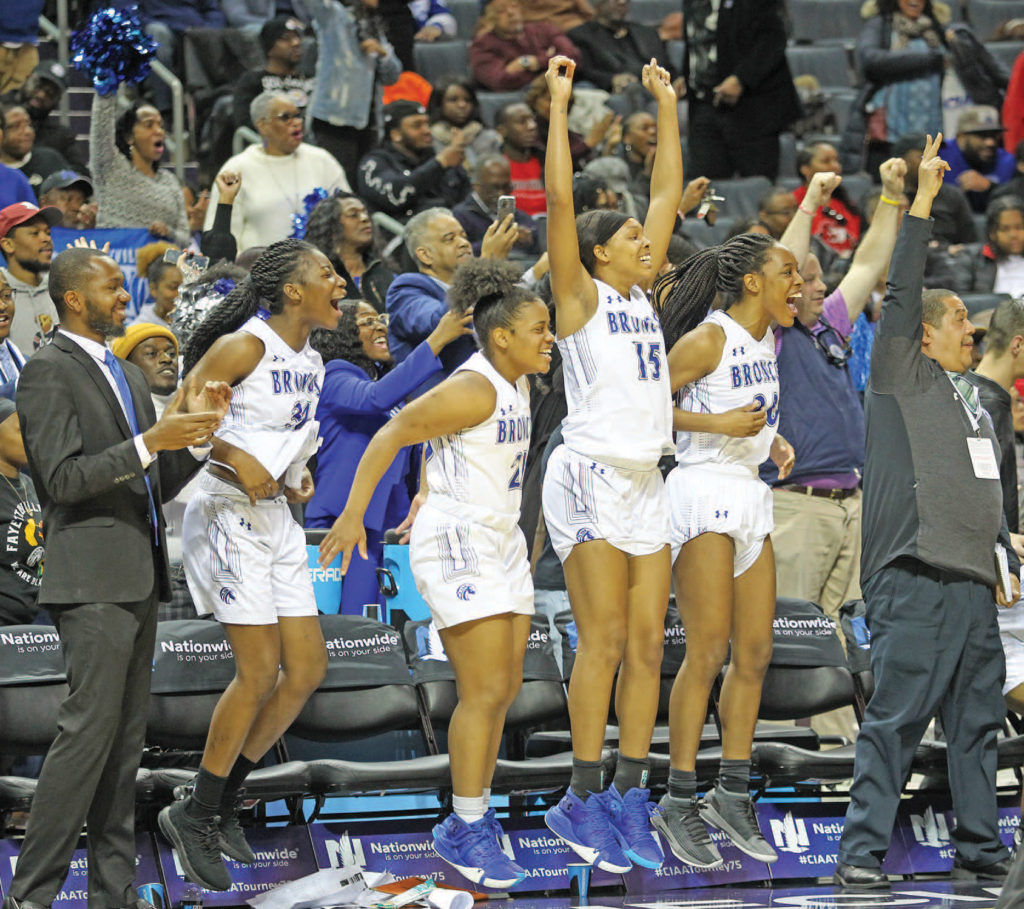 CHARLOTTE – Fayetteville State turned up its defense to down nationally-ranked Bowie State 61-53 to claim the CIAA Women’s Basketball Championship at the Spectrum Center on Saturday.

With the victory, the Broncos (21-8 overall) earned the conference’s automatic qualifying bid to the NCAA Division II Tournament. The Bulldogs, ranked 25th in the D2SIDA National Poll, are expected to receive an at-large bid. The CIAA could send as many as four teams to the NCAA Division II Tournament with Bowie State, Lincoln (Pa.) and Virginia Union ranked high in the D2SIDA Atlantic Region Poll.

The conference title is the first since 2012 and the fourth overall for the Broncos, the CIAA Southern Division champions. Last season, the Broncos suffered a blowout loss to Virginia Union in the title game. The outcome was much different this time. The Broncos pressured the Bulldogs into 22 turnovers, which FSU turned into 21 points. Several turnovers occurred during a critical late stretch in the fourth period to thwart a comeback attempt from Bowie State (25-5 overall), which pulled within 53-50 with 2:31 remaining on Kyaja Williams’ three-point play off a steal.

Keyed by its defense, the Broncos outscored the Bulldogs 8-3 down the stretch. The Bulldogs’ trailed by six with 14.8 seconds left when their final turnover occurred, sealing the win for the Broncos.

“This was just a special group this year,” FSU Head Coach Serena King-Coleman said. “With our early losses, people weren’t sure about this team. Once we figured out who we were, they believed in each other and the result was a championship. I am so proud of this group that they were able to get another championship for Fayetteville State.”

CIAA Defensive Player of the Year Kyaja Williams gave a yeoman’s effort for the Bulldogs, the No. 3 Northern Division seed. She totaled 14 points, 13 rebounds, five assists and five steals. Dynaisha Christian tallied nine points and 13 rebounds and Drew Calhoun had eight points. The Bulldogs fell short of capturing their first title since 1999, but Head Coach Shadae Swan is confident her team can bounce back.

“Playing three games in a row, we started to get a little fatigue,” Swan said. “We didn’t have the same energy. Every time we made a run, they made a run in return. We didn’t play our best today.” “This is a tough loss,” Swan added. “But if we play the way that we’ve been playing, we can go far in the NCAA Tournament.” Bowie State ranks second nationally in scoring defense, but Fayetteville State plays pretty good defense, too. “We knew [Bowie State] held teams to low-scoring games,” King-Coleman said. “We wanted to get out and run and that probably was the difference in the game.”

The Broncos started fast, opening an 8-0 lead and building the margin to 11 points in the first period. The Bulldogs established themselves in the second period, taking a 24-23 lead on Christian’s jumper. Bowie State stayed in front until Hyman ended the first half with a spectacular dribble-between-the legs pull up jumper to the contest at 32-32.

The Bulldogs led early in the third period. After trailing 38-34 early, FSU closed out the period with a 13-3 run capped by Bennett’s layup for a 47-41 lead heading into the final stanza. On Thursday, the Bulldogs rallied from a nine-point deficit in the final minute of a one-point quarterfinal victory over Lincoln (Pa.). The Broncos would not allow a comeback on Saturday.

“We knew Bowie State wouldn’t quit,” King-Coleman said. “We had to keep our intensity.” And it led to a CIAA Championship.