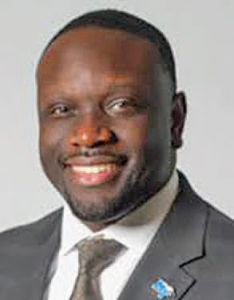 TALLAHASSEE, FL – One of the Crown Jewels in HBCU football is ready to make the move to the Southwestern Athletic Conference (SWAC). Florida A&M University’s (FAMU) Board of Trustees unanimously voted to move from the MEAC to the SWAC. The vote ends a nearly 40-year conference affiliation in the MEAC; the Rattlers joined the conference in 1979 and left for one season in 1985. FAMU re-joined the conference full time in 1986, with the only other absence from the league coming in 2004, when attempting to jump to the FBS level in football. During the transition, FAMU remained a MEAC member in all other sports.

FAMU would leave the MEAC on June 30, 2021 and join the SWAC on July 1 of next year, pending approval by the SWAC’s member institutions. The school’s VP of Athletics, Kortne Gosha, all but assured that the SWAC was waiting to welcome FAMU with open arms during a recent special committee session.

This move, coupled with North Carolina A&T’s impending move to the Big South, represents a striking blow to the MEAC.

When A&T and FAMU leave next summer, the MEAC will be down to nine full members, only seven of which play football. Delaware State, Morgan State, Howard, Norfolk State, North Carolina Central, South Carolina State, and Bethune-Cookman would be the remaining football-playing programs, along with Coppin State and Maryland-Eastern Shore.

FAMU becomes the first new member of the SWAC since 1999, when Alabama A&M joined.

In their proposal to switch conferences, FAMU says it will be financially beneficial to join the SWAC, highlighting extra potential revenue from success in football, specifically.