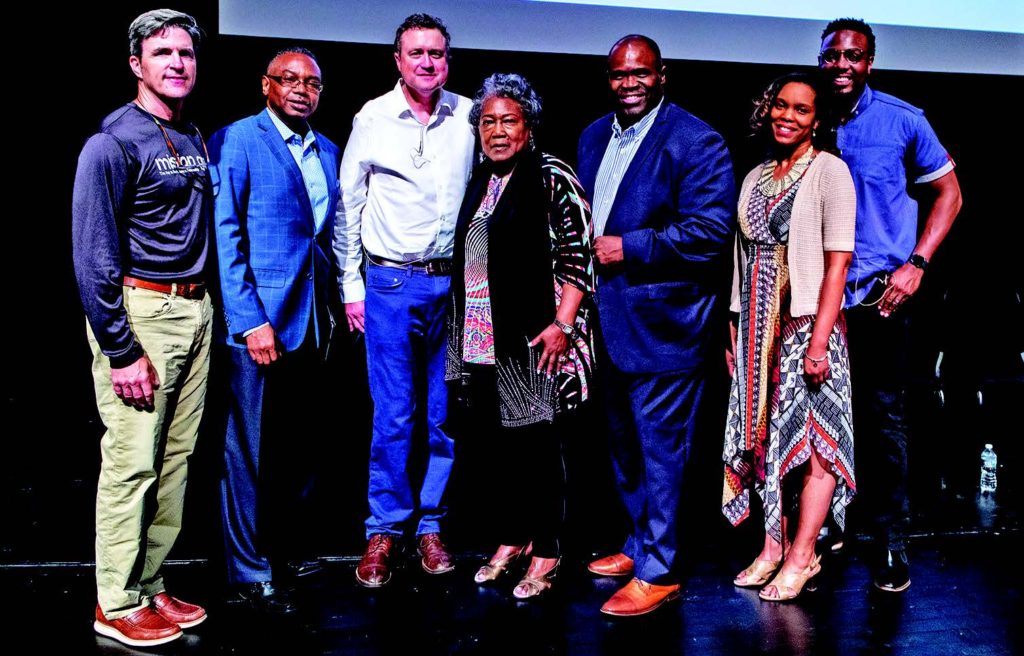 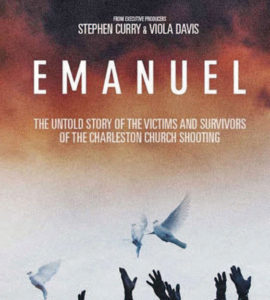 “I feel grateful to still walk around. I feel God left me here for a reason,” said Polly Sheppard, survivor of the 2015 shooting by a young White supremacist at historic Emanuel AME Church in Charleston, S.C.

Sheppard was a guest speaker for events at UNC Greensboro. She was joined by Rev. Nelson B. Rivers of Charleston with the National Action Network and the Charleston Branch of the NAACP. Both participated in panel discussions at Mount Zion Baptist Church, the International Civil Rights Center and Museum, St. Matthews United Methodist Church and during Shabbat Services at Temple Emanuel of Greensboro.

Emanuel, the documentary, tells the stories of the victims, through intimate interviews with survivors and their families. It also explores the history of race relations in Charleston, the significance and impact of Emanuel African Methodist Episcopal Church, and the impact of the shooting on the community.
Produced by some of the top names in entertainment, including NBA star Stephen Curry and Oscar award-winning actress Viola Davis, all profits from the film are being donated to the survivors of the shooting.

The heart-wrenching documentary, which depicted the story of the church massacre that left nine dead, was presented to a packed UNCG Auditorium on August 7.

On June 17, 2015, 21-year-old White supremacist Dylann Roof opened fire during a Bible study at the historic Emanuel AME Church in Charleston, South Carolina (Mother Emanuel as it is affectionately called by worshipers and Charlestonians), murdering nine African Americans. Sheppard was one of five survivors that night — three adults and two children.

Sheppard shares in the documentary that when Roof was done shooting, he told her he let her live so that she could tell the world what happened.

“Some say the killer spared my life,” she says. “I don’t accept that. He didn’t let me live. God let me live. He will never get that credit from me. The Lord said I left you here to tell my story, not Dylann Roof’s.”

The film showing at UNCG was hosted by faith-based organizations, City Help of the Triad, Triad Pastor Partnership, Can We Talk and Mission Greensboro with a goal of bringing together from all backgrounds to discuss race, faith and forgiveness.

Ward noted that when addressing racism there is a difference between being not racist and anti-racist.
“I’m hopeful that White people will begin to step forward to confront racism,” said Ward.

The panel discussed the importance of bringing diversity into White churches. 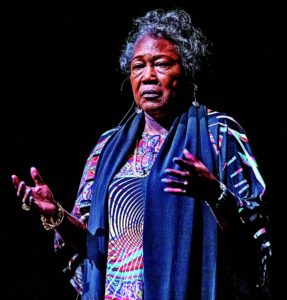 Polly Sheppard is a survivor.

“Somewhere along the way, the church started dividing us,” said Deacon Holloway, who suggested inviting more people of color to sit on church boards and to be in positions of church leadership, and not just in the congregation.

“Understand that just because you have people of color sitting in the pews, doesn’t mean that you have a multi-ethnic church,” she added.

Pastor Hawkins said it needs to go further than just inviting people to the church.

“Having me on staff is not enough if you don’t hear me. It’s about do you consider my community when you do community outreach or work in the community,” said Hawkins.

It was also discussed how to include the church in the discussion of White supremacy and hate.
“White supremacy has to be dismantled by those who created it. African Americans have been left to eradicate the issue that we didn’t create,” said Holiday. “For our people, there’s almost an expectation that we will forgive and forget. But you can’t forget if we want to tear down these systems.”

While some families of the Emanuel Nine stood in court facing the killer and offered words of forgiveness, others said they could not be as forgiving. Sheppard said it took her a while to forgive as well.

“You have to forgive in order to be free and go on. You can’t go on with that malice in your heart,” said Polly Sheppard,

Roof was convicted of a federal hate crime and sentenced to death.