U.S. Congressional candidate Mark Harris’ Bladen County political operative, Leslie McCrae Dowless, has been indicted and arrested for allegedly illegally collecting absentee ballots in both the 2016 and 2018 elections. Dowless faces three felony counts of obstruction of justice, two counts of conspiracy to commit obstruction of justice, and two counts of possession of absentee ballot. Four other people who reportedly worked with Dowless’ Bladen County operation have also been indicted. The Wake District Attorney’s office says the criminal investigation is ongoing.

On Tuesday, Republican candidate Harris, the former pastor of Charlotte’s First Baptist Church, announced that he will no longer run for the contested congressional seat, instead endorsing Stony Rushing, a Union County commissioner. Harris’ withdrawal himself from the race will allow for other Republican candidates to step forward in the primary. 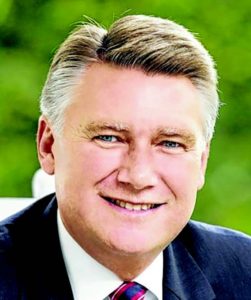 After witness testimony and documented evidence last week, the State Board of Elections (SBOE) ruled that the Bladen County portion of the Ninth Congressional District race was legally “tainted” by the deliberate mishandling of absentee ballots, and a new election should take place.

Twenty-seven months after he lost re-election, former N.C. Gov. Pat McCrory, who revealed Monday he will not re-enter the political arena for now – is still insisting that his 2016 race in Bladen County was the victim of absentee ballot “voter fraud,” similar to what was proven in State Board of Elections hearings to have happened in Bladen County during the 2018 midterm elections.

Instead, McCrory is “falsely” pointing fingers at the Black, Democratic Party funded Bladen Improvement Political Action Committee (BIPAC) as the culprit in his defeat, charging that the grassroots group ran a similar “voter fraud” operation to Dowless across the state, ultimately helping Democratic gubernatorial challenger Roy Cooper to oust him. 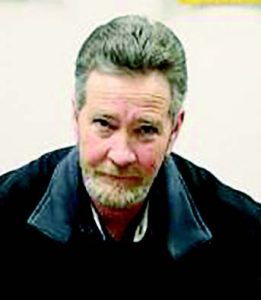 Published reports state that the Republican-controlled SBOE did look into McCrory’s complaint in 2016 – which was actually lodged by McCrae Dowless on behalf of McCrory – and dismissed it. Nothing was found to have cost McCrory his reelection.

“I don’t think this [SBOE] investigation should have been dropped whatsoever, and just adjourned, without finding out exactly what is happening regarding voter fraud in the state of North Carolina, especially with absentee voting,” McCrory said on his WBT-AM radio show Monday morning.

“It is time for the media and the elections board to reopen this investigation, in public – don’t wait for the federal or state authorities – and ask the question, “Who did what, when…not just in 2018, but in 2016 when I raised, as a gubernatorial candidate the exact same issues.

Irving Joyner, attorney for the BIPAC, responded Monday by counter-charging that McCrory “is lying” about why he lost in 2016, and in fact, alleges that McCrory was supported by the very same Leslie McCrae Dowless who was the central “person of interest” in the 2018 Ninth District race scandal that made national headlines. 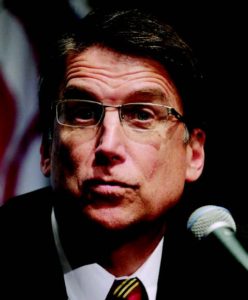 “McCrory is lying about what happened to him in 2016,” Joyner says. “He lost the governor’s race and is attempting to falsely cast blame on others for his inept campaign.”

“The Bladen County Improvement Association did not engage in any illegal conduct during either the 2016 or 2018 campaigns.”

In fact, the GOP-led SBOE in 2016 determined then that Leslie McCrae Dowless was allegedly involved in illegal absentee ballot “harvesting,” and referred its findings to the U.S. Attorney’s Office for the Eastern District. But nothing was done to stop Dowless, and he was hired by the Harris campaign in 2018 to generate votes.

After his son, an assistant federal prosecutor, testified at the SBOE hearings that he tried to warn his father about Dowless, Mark Harris took the stand, and asked the SBOE to grant a new election, which it eventually did.