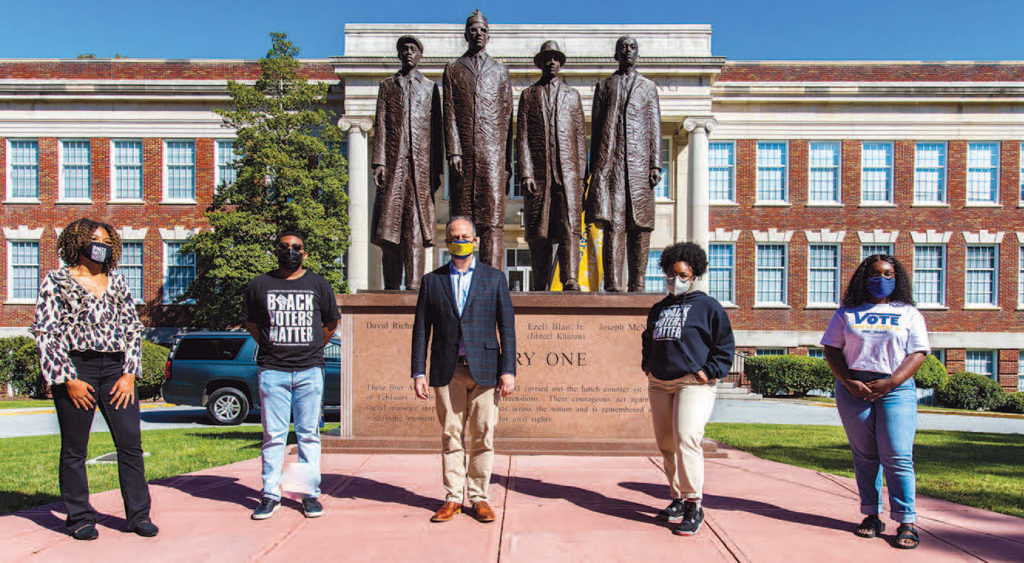 David Emhoff, husband of Democratic vice-presidential candidate Kamala Harris, hit the campaign trail last weekend, making a stop in Greensboro on October 2. Emhoff served as the keynote speaker for the grand opening of the Biden-Harris Triad Campaign Hub on 2300 Meadowview Rd. in Greensboro.

His other stops in Greensboro included a visit to North Carolina A&T State University, and a listening session with working women at SouthEnd Brewing Co., moderated by State Rep. Ashton Clemmons. 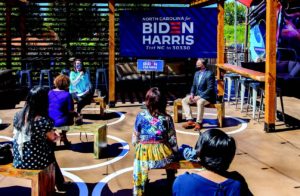 At the event, he discussed the Biden Harris campaign platform on healthcare, a plan to address COVID-19, and the economy, specifically policies that would help support working women.
“We start from the assumption that healthcare is not a privilege it’s a right. When we are healthier, we can have a more productive workforce and economy,” said Emhoff. “The plan puts resources in place to provide more childcare options with qualified caregivers.”

He added, “The overriding principle is fairness and justice and access to the same things that everyone else gets.”

He also talked about providing more resources to Black and Brown communities to support economic justice and create a, ‘level playing field.’ He also took the opportunity to show support for other Democrats, such as U.S. Senate Democratic candidate Cal Cunningham and N.C. Gov. Roy Cooper.

On October 6, the Democratic National Convention (DNC) launched a new ad campaign to reach Black voters in North Carolina. The DNC is directing voters to IWillVote.com, its newly updated voter participation hub, where voters can register to vote, check their voter registration, and make a plan to vote, whether in person or by mail. The website also allows users to find voting guidelines for their state.

“Democrats are meeting Black voters where they are and making critical investments to ensure North Carolinians have the information they need to make their plan to vote,” said Democratic National Committee Chair Tom Perez. “The stakes have never been higher — especially for communities of color — and we are committed to making sure voters have the tools and information they need to make their voices heard at the ballot box, exercise their fundamental right to participate in our democracy, and elect leaders like Joe Biden and Kamala Harris, who will get our country back on track.”