Dudley heads to the “Big Dance” 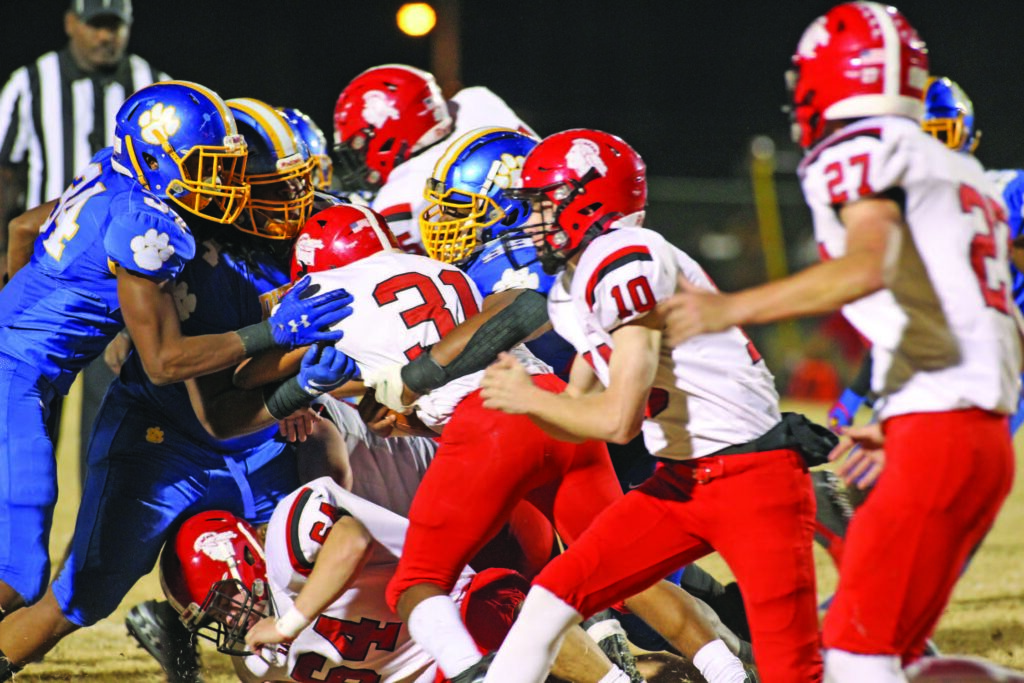 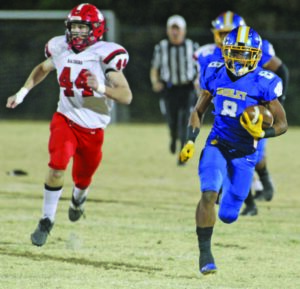 The Panthers served notice early in the game that it was going to be a long night for the Red Raiders. After winning the coin toss, Belmont elected to defer and kick to Dudley. Senior Mehki Wall broke two tackles and bolted 85-yards. Kicker Adoul Bayor’s (Jr.) PAT was good. Eighteen seconds into the contest, the Red Raiders trailed 7-0. “It set the tone for the team,” Dudley head coach Steven Davis said. “You saw the team getting fired up after that return. The defense took over and we just kept rolling.”

Belmont took over on their 26 and marched to the Panthers’ 38 on a fourth-and long. The Red Raiders threw a pass on a fake punt which was intercepted by Dudley’s Steven Davis Jr. on the Red Raider’s 11-yard line. Belmont never got in the red zone again.

Belmont senior Tyson Riley, came into the game as the state’s third leading rusher. He was held to 110-yards on 26 attempts.

The second quarter was the R.J. Baker show, the junior running back for the Panthers rushed for three touchdowns, including a game long 64-yard touchdown sprint to open the quarter. Baker finished with 122-yards on nine carries and four touchdowns. Wall had a TD pass receiving, and a kickoff return for Dudley. Quarterback Jahmier Slade (Sr.) completed 6-of-13 passes for 152-yards, and a touchdown, 11 carries for 62-rushing yards. The Panthers’ offense clicked on all cylinders with 34 rushing attempts for 237 yards and four touchdowns. They tallied 148 passing yards.

The Red Raiders came in averaging 274 rushing per game but were held to 129, while the Panthers’ defensive backs didn’t allow a pass completion. The Panthers led 25-0 at the half and added two more scores in the second half.

This Friday in Chapel Hill, the Dudley Panthers and coach Steven Davis will be seeking their fifth state championship. “This means a lot,” said Davis. “The biggest thing is going back with my son. He’s a senior and he was there for all of my state championships on the sidelines, and for him to go as a senior is just outstanding.”