Dudley advances to 3-A regional semifinals 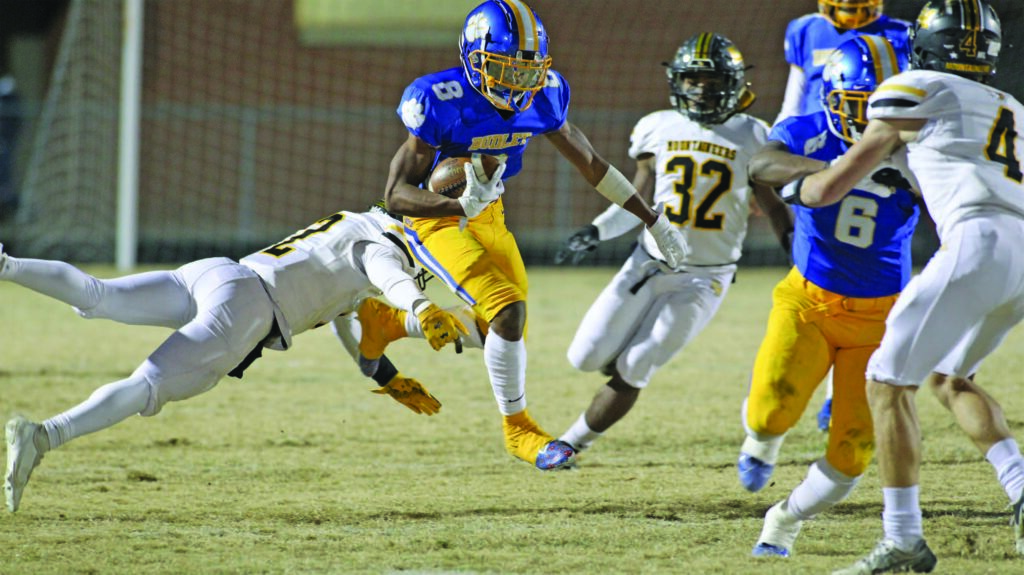 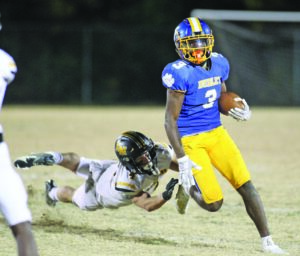 Senior Mehki Wall had an outstanding game. Wall had two carries for 65 yards including a 50-yard touchdown run. He caught two passes for 86 yards, threw a TD pass and had an interception playing defense. Photo by Joe Daniels/ Carolina Peacemaker.

The Dudley Panthers continue their quest for a 3-A state championship with a convincing 36-10 win over Shelby Kings Mountain Friday night (Nov. 19) at J.A. Tarpley Stadium. With the win, Dudley improved to 12-1. Since a loss to Durham Hillside the Panthers have been on a roll winning 10 straight, six by shutout.

Kings Mountain held the Panthers to just 47-yards on 15 attempts during the first 24 minutes of the game. The Panthers unleashed a potent ground game while their defense limited Shelby to just a field goal. Both teams played to a 7-7 halftime tie.

Starting the second half, Dudley went to a no-huddle offense that produced four straight touchdowns on 12 carries totaling 184 yards. The Panthers led 28-7 by the fourth quarter.

On defense, Wall grabbed an interception. While Dudley scored three touchdowns in less the five minutes, the Panthers will have to clean up their penalties which totaled 10 for 98-yards.
“We knew that we had a chance to up-tempo those guys,” Dudley coach Steven Davis said. “We talked about it throughout the week, then came out and did it in the second half and it worked.”
Whether it’s a home field advantage or on the road, Davis said the venue doesn’t concern him as long as the Panthers are on top of their game.

This week, the Panthers will travel to unbeaten Statesville (12-0) this Friday, November 26.