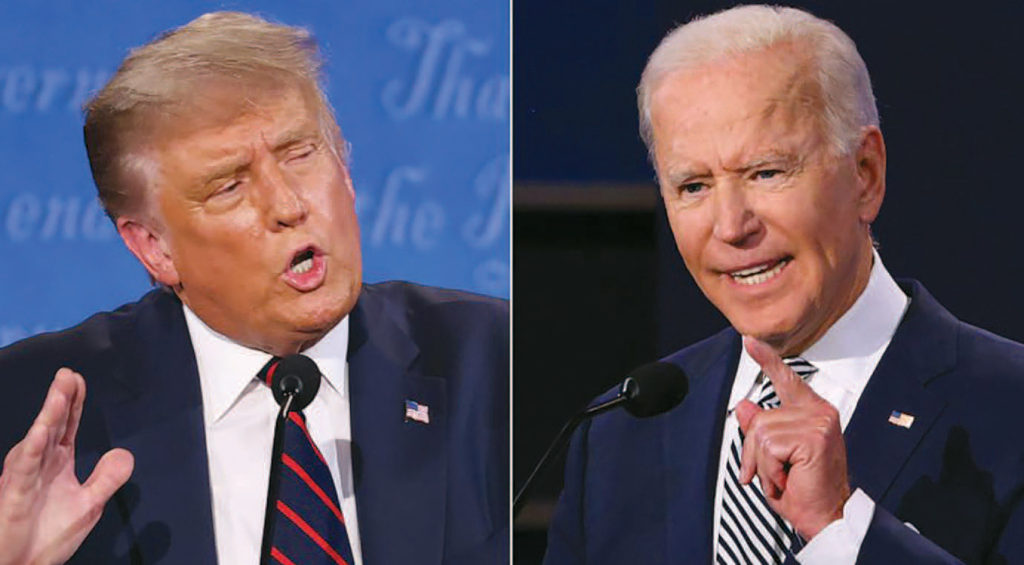 For the second time in his presidency Donald Trump, when offered the opportunity, declined to denounce White supremacists.

Instead, during Tuesday night’s fiery and stunning presidential debate with Democratic challenger, former Vice President Joe Biden, Trump, when asked by beleaguered moderator Chris Wallace of Fox News, to condemn “White supremacists and militia groups” and tell them to “stand down,” replied, “Sure, I’m willing to do that, but I would say almost everything I see is from the left wing, not from the right wing.”

When Wallace asked for clarification, giving the example of the right wing violent neo-racist, Trump replied, “Proud Boys? Stand back and stand by.”

Even the FBI has declared that America’s most dangerous terrorist threats come from White supremacist groups, not Black Lives Matter, which Trump and leaders in the Republican Party routinely and falsely accuse of starting violent demonstrations, burning and looting.

Doing the Tuesday night debate from Case Western Reserve University in Cleveland, Ohio under COVID-19 restrictions, the first of a scheduled three ninety-minute presidential debates went off track quickly when the Republican president refused to honor the debate rules that both campaigns had previously agreed to, personally attacking Democrat Biden and his family relentlessly, and deliberately mischaracterizing Biden’s political record. Trump at one point stated that Biden hadn’t done anything in public office for 47 years.

A frustrated Biden, in turn, told Trump at one point to “shut up,” referred to the president as a “clown” and a “racist,” and finally called him to his face “the worst president America has ever had.”

On the COVID-19 pandemic, not only did Biden boldly accuse Trump of lying and mishandling the crisis, resulting currently in over 200,000 deaths and 7 million infected across the nation, but even warned that African Americans would increasingly die of it because of Trump.