Did GOP mapmakers try to eliminate strength of Black voters? 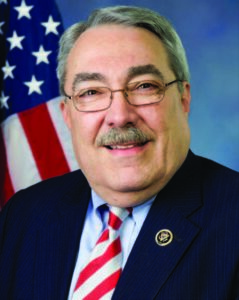 When First District Congressman G.K. Butterfield announced his unexpected retirement from Congress last week, he blamed it, in part, on a “racially gerrymandered” voting map that will “disadvantage African American communities all across the first congressional district.”

In short, instead of redrawing Butterfield’s district according to the mandates of the 1965 Voting Rights Act to ensure that Black voters in so-called minority-majority districts are able to elect representatives who look like them, Republican lawmakers boasted how they did not use race as a factor at all in redrawing the voting districts, thus, in Rep. Butterfield’s case, making his district more Republican than Democrat, and ultimately, more White than Black.

“I am disappointed, terribly disappointed with the Republican majority legislature for again gerrymandering our state’s congressional districts and putting their party politics over the best interests of North Carolinians,” Butterfield, one of two African American North Carolina congresspeople, continued.

If Democrats indeed can prove that Rep. Butterfield’s First District was redrawn more in favor of yielding a Republican that would violate North Carolina law against partisan redistricting.
If racial gerrymandering can be proven, that would also violate federal law.

A quick analysis of the voting maps Republicans recently produced show that both congressionally and in the state legislature, several Black Democratic lawmakers will be eliminated like Butterfield if the maps are allowed to stand.

According to WRAL-TV, for example, “of the 12 Black senators in the state Senate, all of whom are Democrats, four are likely or certain to lose their seats in the 2022 elections” to a Republican, because of the new maps.

“In the state House…,” the WRAL-TV report continued, “… five of the 24 Black members are at risk or certain to lose their seats next year.”

But Republicans, who are once again tasked with redistricting North Carolina’s 14 Congressional seats, 120 legislative and 50 state Senate districts for the next ten years, claim that they’re doing nothing wrong, and in fact, are following the dictates of the U.S. Supreme Court, which allows for partisan redistricting, and warned the GOP previously about misusing race to “stack and pack” Black voters in several minority-majority districts purely to make it easier to defeat White Democrats.

The High Court never said race cannot be a factor in redistricting, just not the major, driving factor in redrawing voting lines.

So, it’s no surprise that Democratic analysts see the new Republican maps as lessening Democratic voting strength throughout the state.

And in lessening Democratic voting strength, they also dilute Black voting strength and representation, since the majority of African American voters are Democrats.
Two lawsuits have already been filed against the Republican voting maps.