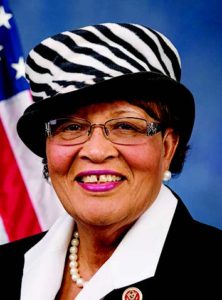 In all, ten Historically Black Colleges and Universities (HBCUs) in North Carolina, not to mention many more across the country, will not see a penny of federal funding they are supposed to receive from the Future Act – a federal law, established in 2008, which reauthorizes “…$255 million in critical funding for “Minority Serving Institutions (MSIs) for the next two years, including $85 million for HBCUs,” according to Rep. Alma Adam’s (D-N.C.-12) office.

As co-chair of the Congressional Bi-partisan HBCU Caucus, an alumna of N.C. A&T State University, and a former college professor at Bennett College for Women in Greensboro for forty years, it was expected that Adams would be the lead sponsor of key legislation supportive of HBCUs, especially in North Carolina.

And indeed, her reauthorization of the Future Act passed the U.S. House in September with bipartisan support just weeks before the Sept. 30 deadline, and was sent to the U.S. Senate for final approval before becoming law.

But that’s where the legislation stalled, when Sen. Lamar Alexander (R-Tenn), chairman of the Senate Education Committee, stopped it from proceeding, saying that he preferred “a long-term solution,” as opposed to a reauthorization. Beyond Sen. Tim Scott (R-S.C.), no other Senate Republicans were interested in passing the measure. 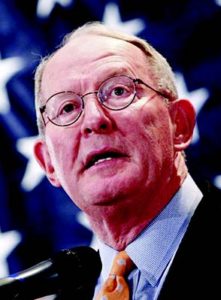 Many saw Sen. Alexander’s move as a way to gain leverage for issues he wants addressed before passage, and have asked him to reconsider in light of the damage the loss of funding would do for all 102 HBCUs across the nation.

“We should pass the bipartisan Future Act instead of playing politics with valuable and under-resourced institutions,” said ranking committee member Sen. Patty Murray (D- Wash) on the Senate floor.

“It is shocking and illogical that Sen. Alexander has refused to do his job and pass this vital legislation, critical for the success of HBCUs and students of color,” Rep. Adams said in a statement, adding, “This is devastating.”

The HBCUs desperately needing the funding, also weighed in.

“North Carolina Central University supports the immediate passage of the Future Act that has provided critical [funds] to our university and nearly all Historically Black Colleges and Universities (HBCUs),” said Dr. Michael D. Page, director of External Affairs and Government Relations at NCCU.

Cash Michaels is a veteran journalist covering state news for the Carolina Peacemaker. He is based in Cary, N.C.