Concerned residents call for an End to Violence 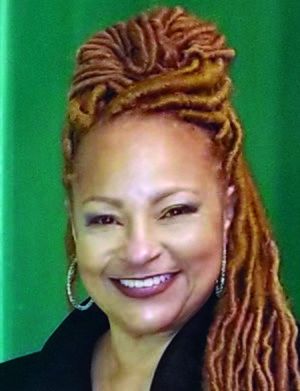 For 30 days, starting January 14, Mothers Standing Against Gun Violence (MSAGV) and Families Against Senseless Killings (FASK), in collaboration with the county and the city will be spearheading a “Cease Fire Month.”

The official launch of the cease fire will be announced at The GOAT Awards on Saturday night hosted by two organizations, to recognize community members and their accomplishments.

“The GOAT Awards are awards that are given to people who are never awarded anything. The folks you don’t think of, but you need them. All the things that are totally different than other award ceremonies,” said Spencer adding, “We wanted this audience to experience an Academy Awards type of feel. For people to be applauded by their peers.”

Community members were able to nominate people for categories such as favorite barber, favorite hairstylist, favorite nail technician, favorite small business and more. The winners will be announced at the awards ceremony on January 14 at The Carolina Theatre at 7 p.m.

“This came about because we wanted to raise awareness in the community. These are folks who have never been thanked,” she said.

Each award will be presented by well-known professionals and civic leaders in the community, to thank them for their contributions. Everyone who buys a ticket will leave with a swag bag at the end of the evening. The Greensboro City Council and Guilford County Board of Commissioners are both expected to release proclamations in support of the month of ceasefire.

“There has been a lot of violence happening over the last few months, and we are asking that we let calmer heads prevail. If we can do it for one month than I think we could do for 12 months. We will work with the community and call attention to the fact that too much killing is going on in our community and we need to address it,” said Guilford County Commissioner and board chair, Melvin “Skip” Alston.

He went on to say that groups like MSAGV and FASK are a huge support to the community’s efforts in addressing gun violence.

“Instead of looking at it as a day off on MLK day, it’s a day of service. That’s what Dr. King wanted. That’s what the King holiday is. A day of service. So that is our part by recognizing those who don’t usually get recognized,” said Spencer. “We want that night to be special for everybody. For those doing good in the hood.”

Mothers who have lost children to gun violence will also be recognized at the ceremony. Spencer and her husband founded Mothers Standing Against Gun Violence after losing their son to gun violence in 2016.

“This is how we all cope. We bring awareness to the community and support to those families who have lost children to gun violence. We think people need to put a face with what the trickle-down effect looks like,” she said.

Spencer also noted that when a person is killed, it’s not just the victim. It impacts the loved ones left behind. The members of the groups gather to help post fliers for families, assist with funeral arrangements, and provide ongoing support like access to counselors and resources for families after a devastating loss. The groups also advocate for positive police-community relationships, ways that the community can help decrease gun violence, and changes to current gun laws.

“The police are in reactive mode when they respond to these shootings. They aren’t always able to do preventative measures, and that’s where we step in for our community,” she said.

More information can be found at www.orangefamilies.org.