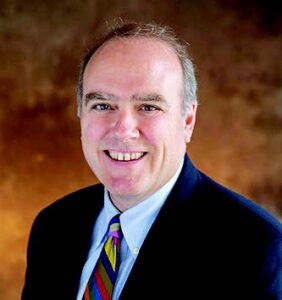 The Community Foundation of Greater Greensboro is partnering with Guilford County Schools (GCS)to create an opportunity for 8th grade students to visit the Steven Tanger Center for the Performing Arts (STCPA) through a service-learning project grounded in civic engagement and service to the community.

In 2019, former and current Community Foundation of Greater Greensboro (CFGG) board members created an endowment to honor CFGG President Walker Sanders for his 20 years at the foundation and his work in developing the successful STCPA. Sanders elected that those proceeds from the endowment should be used to expand the experiences of GCS students who would not typically have the opportunity to see live theatre performances.

“It really speaks to a goal that we’ve had with the Tanger Center since we first envisioned it. How do we make it accessible to everybody? We know that it will expose people to experiences they’ve never had before. This is our very first effort to figure out how to get children the opportunity to experience a Broadway show. We hope that maybe it opens their eyes to other types of possibilities. Just to get that exposure and make it available to 8th graders is really fantastic,” said Sanders.

Eighth-grade students will learn about the importance of service learning and civic engagement and create projects that reflect this learning. Projects will be showcased and evaluated in a format similar to a science fair. Projects will be selected to be recipients of the Walker Sanders Endowment Award, and students on these teams will receive tickets for an age-appropriate show at the STCPA.

As the endowment grows over time, the Community Foundation leadership expects to expand the program to include even more middle schools, until all GCS 8th graders attend a performance at STCPA each year.

This years’ Service-Learning Project poses the question: How can you (and your class) make a positive civil change in your community using the student voice?

Phelps Sprinkle, CFGG Vice President of Development and Donor Services said that the board, staff and GCS leadership brainstormed ways that the foundation could offer this opportunity to students while staying aligned with what GCS’s goals are for their students.

“We wanted to figure out how we could honor Walker’s 20 years here and all of the work and all of the effort he put into the Tanger Center. And what would really tie into what Walker’s legacy is and that has been him being inclusive of the community. This is a permanent endowment that would allow kids who might not otherwise be able to see a Broadway play, have that exposure to that part of the world,” said Sprinkle.

Walker is from Charlotte, North Carolina and attended Sewanee: The University of the South where he double majored in Economics and Political Science. He started his career in the investment and insurance business in 1989 and earned his Certified Financial Planner certification in 1991. His philanthropic career started in 1993 with his work at Foundation for the Carolinas. He became the first President and CEO of a healthcare conversion foundation in 1996 and was later hired as the President of CFGG in 1999.

“Twenty years has gone by fast. Greensboro has changed a lot in those 20 years. It’s been a fun run and I’ll probably be here for another 20 years,” said Sanders.

He noted that he is most proud of the foundation’s reputation in the community and how it has been able to broaden its reach and impact into a lot of different communities. Sanders is also proud of the makeup of the organization’s donor base and how that’s grown and evolved over the years.

Established in 1983, the CFGG now manages 700 charitable funds and holds $300 million in assets. In its dedication to strengthening communities, the Community Foundation promotes philanthropy, builds and maintains endowment funds, and directs and supports a range of initiatives. It is responsible for building the STCPA, downtown Greensboro’s LeBauer Park and helped establish The Guilford Education Alliance, a nonprofit that has advocated for children and education across Guilford County since 2013.

The foundation recently received a $55 million charitable donation from the estate of Charles “Buddy” L. Weill, Jr., the brother of Carolyn Weill LeBauer, the namesake of LeBauer Park. Sanders shared that the CFGG is working on putting those funds into a grant making program that focuses on healthcare and elder care with an emphasis on capital projects. A small advisory group will be convened early 2022 that will help the foundation make decisions on grant recipients.

Another community issue that the CFGG is working on going forward is workforce development. It is currently in the planning stages of how to work with community leaders on how to redesign the workforce system for folks who typically don’t have access to the resources needed to get jobs. The goal is to have 60 percent of the workforce receive the necessary post-secondary work credentials by the year 2030.

According to CFGG leadership, having 60 percent of the workforce ready for employment would have an annual $1 billion economic impact on the city – or the equivalent of five public distribution warehouses locating to Greensboro every single year, forever.

The CFGG plans to launch workforce development project efforts within the next 60 days to include details on how community partners can invest in the resources needed and invest in small businesses and entrepreneurs who invigorate the city’s economy.

“I think we’re just now beginning to see the tip of the iceberg in terms of people recognizing the power of what they can do when they partner with the Community Foundation. That they can leverage the dollars they are able to invest in a much greater way and pool their money with other resources to really make things like a Tanger Center or a LeBauer Park happen,” said Sanders.