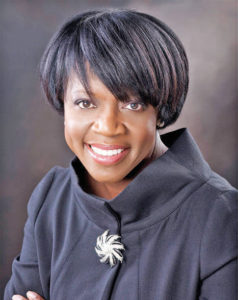 Michelle Gethers-Clark, president and CEO of the United Way of Greater Greensboro, will speak at Guilford Technical Community College’s 53rd commencement. The graduation ceremony will be held at the Greensboro Coliseum on May 9 at 7 p.m.

Gethers-Clark, who has led the United Way of Greater Greensboro since 2013, has focused her efforts on creating partnerships to end poverty.
“We are honored to have Michele Gethers-Clark deliver the keynote at graduation,” said GTCC President Dr. Randy Parker. “An energetic and charismatic leader, she has led a successful career while giving back to the community and emphasizing the power of education. Our students will benefit from hearing her inspiring story and life lessons.”

After earning a degree in accounting from Long Island University in New York, Gethers-Clark rose through the ranks at American Express and was tapped to oversee the company’s Greensboro operations. She has held global leadership positions in North America and Asia. 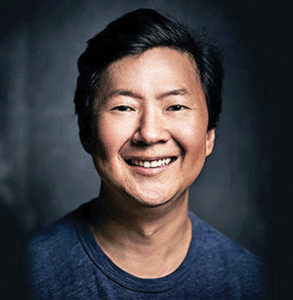 Actor, writer, producer and Greensboro native Ken Jeong will deliver the keynote address at UNC Greensboro’s May 10 Commencement at the Greensboro Coliseum.

Jeong is a graduate of Page High School. He is also a physician and earned his undergraduate degree at Duke University and went on to get his medical degree at UNC Chapel Hill. His parents still reside in Greensboro, where his father worked as a professor of economics at North Carolina A&T State University

Dr. Jeong is perhaps best known for his scene-stealing abilities and has established himself as one of today’s top comedic stars. He gained international fame for his role in the sleeper-hit film “The Hangover,” one of the biggest comedy franchises of all time, and starred in the No. 1 box office hit, “Crazy Rich Asians.”

On television, he stars in the new stand-up comedy special “Ken Jeong: You Complete Me, Ho” for Netflix, and appears as a judge on the hit FOX celebrity singing competition “The Masked Singer.” Dr. Jeong starred along an ensemble cast in the cult comedy series “Community,” and on ABC’s “Dr. Ken,” for which he was the creator, writer, and executive producer.

“We are thrilled to have a Greensboro native who has achieved such incredible and diverse success in his life come and share his story with our 2019 graduates,” said Chancellor Franklin D. Gilliam Jr. Today, Jeong lives in Los Angeles with his wife and twin daughters. 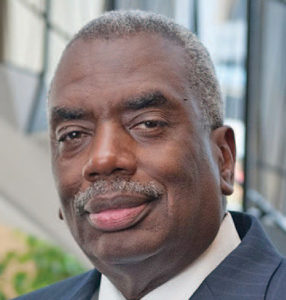 Greensboro College holds Commencement ceremonies once a year in May.

The 2019 commencement speaker will be George Johnson, J.D., member of the Greensboro College Board of Trustees and dean emeritus, Elon University School of Law.

Johnson is a graduate of Amherst College and earned his law degree from Columbia University. He began his public service career as assistant counsel for the U.S. House of Representatives Committee on Banking, Finance and Urban Affairs. Johnson joined the Carter administration in 1979 in the Executive Office of the President, serving as assistant general counsel for the White House Council on Wage and Price Stability.
Johnson’s teaching career began in 1981 when he joined the George Mason University law school. He joined the Howard University School of Law as visiting professor in 1988, was named full professor there in 1989 and was named to associate dean for academic affairs in 1992.
From 1996 to 2002, Johnson served as president of LeMoyne-Owen College, an independent historically black liberal arts college in Memphis, Tenn. He entered private practice in 2003 serving three years at Saint Louis & Johnson law firm in Washington.
Johnson joined Elon Law in 2006 as part of the school’s founding faculty. He served as dean of Elon Law from February 2009 through May 2014. 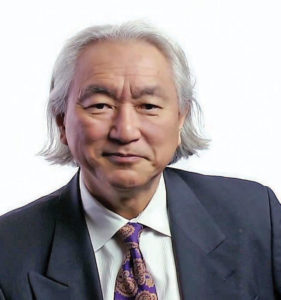 “Dr. Kaku’s dedication to scientific discovery and ability to communicate those discoveries with a wide array of audiences makes him an extraordinary innovator who will inspire our students and their families,” says HPU President Dr. Nido Qubein.

The ceremony will begin at 9 a.m. While commencement is a private event for HPU graduates and their family members, anyone can tune into the ceremony live online at www.highpoint.edu/live. 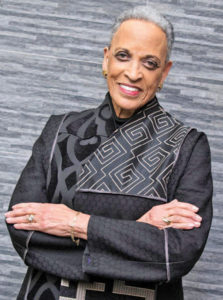 Dr. Johnnetta Betsch Cole, a globally recognized anthropologist, educator, author, and humanitarian, will be the featured speaker for Guilford College’s Commencement exercises on Saturday, May 4, at 9 a.m.
In addition, Dr. Cole, President Emerita of Spelman College and Bennett College for Women in Greensboro, will be presented with an honorary Doctor of Humane Letters. She will be the fifth person to be recognized with an honorary degree by Guilford College.

Dr. Cole gained national prominence in 1987 as the first African American woman to serve as president of Spelman, a historically Black women’s college. Under her leadership, Spelman was named the top liberal arts college in the South. At Bennett, from 2002-07, she helped catalyze an intellectual renaissance while leading a $50 million development campaign. 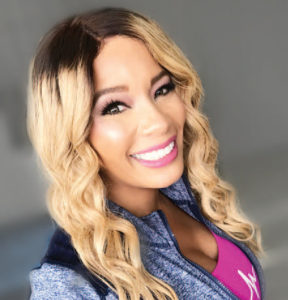 Kwanza Jones, a prominent investor, philanthropist, lawyer, founder and CEO of lifestyle brand SUPERCHARGED, will deliver Bennett College’s Commencement address on Saturday, May 4, at 10 a.m. on the campus Quadrangle.

Jones and her husband, José E. Feliciano, made a historic donation of $1 million to the #StandWithBennett Campaign.

Jones has a deep familial connection to Bennett College. Her mother, Dorothy Wilkerson Jones, is a 1965 Bennett College alumna, her aunt, Brenda Wilkerson Hoover, is a 1963 graduate, and numerous other extended family attended and graduated from Bennett College. During a Feb. 4 press conference to announce the fundraising success of the #StandWithBennett Campaign, Jones said that she and Feliciano felt compelled to make their donation after her mother asked her to donate $1,926 to commemorate the year Bennett became a women’s only college.

“Through her mother and her aunt, Kwanza Jones grew up witnessing the impact Bennett College can have in shaping the lives of young women. We are grateful for the financial gift she made earlier this year to allow us to continue that mission,” said Bennett College President Dr. Phyllis Worthy Dawkins. Jones is a graduate of Princeton University and of the Benjamin N. Cardozo School of Law of Yeshiva University in New York City.

An expected 55 women will receive their degrees during commencement exercises. In case of inclement weather, commencement will be moved to the Annie Merner Pfeiffer Chapel on Bennett’s campus. 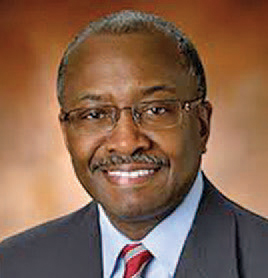 North Carolina Agricultural and Technical State University has called on alumnus Willie A. Deese ’77 and Marshall M. Williams to serve as keynote speakers for the May 11 undergraduate and graduate ceremonies, respectively.

Both ceremonies will be streamed live. Links will be available on the university’s Web site and social media channels.

Deese is the retired president of the global Merck pharmaceutical firm’s Manufacturing Division, where he oversaw the company’s worldwide manufacturing, logistics and procurement operations. He led a network of more than 55 manufacturing and distribution sites with approximately 16,500 employees in over 22 countries.

Deese was inducted into the Black College and University Hall of Fame in 2010 and he is a recipient of an honorary doctorate of humanities from N.C. A&T in 2011.

Williams currently serves as the principal deputy assistant secretary of the Army (Manpower and Reserve Affairs). He is responsible for the supervision of manpower, personnel and Reserve Component affairs for the Department of the Army and is also the principal advisor to the Secretary of the Army for policy and performance oversight of human resources, training, readiness, mobilization, military health affairs, force structure, manpower management, equal opportunity, equal employment opportunity, marketing and other critical matters.

He retired from the U.S. Army after service as the senior enlisted advisor for Secretaries of Defense William J. Perry and William S. Cohen. In that capacity, he reported directly to the secretary and was instrumental in resolving strategic and operational personnel issues that impacted 1.2 million enlisted service members from the Army, Marine Corps, Navy, Air Force and Coast Guard.

Congratulations to the Class of 2019