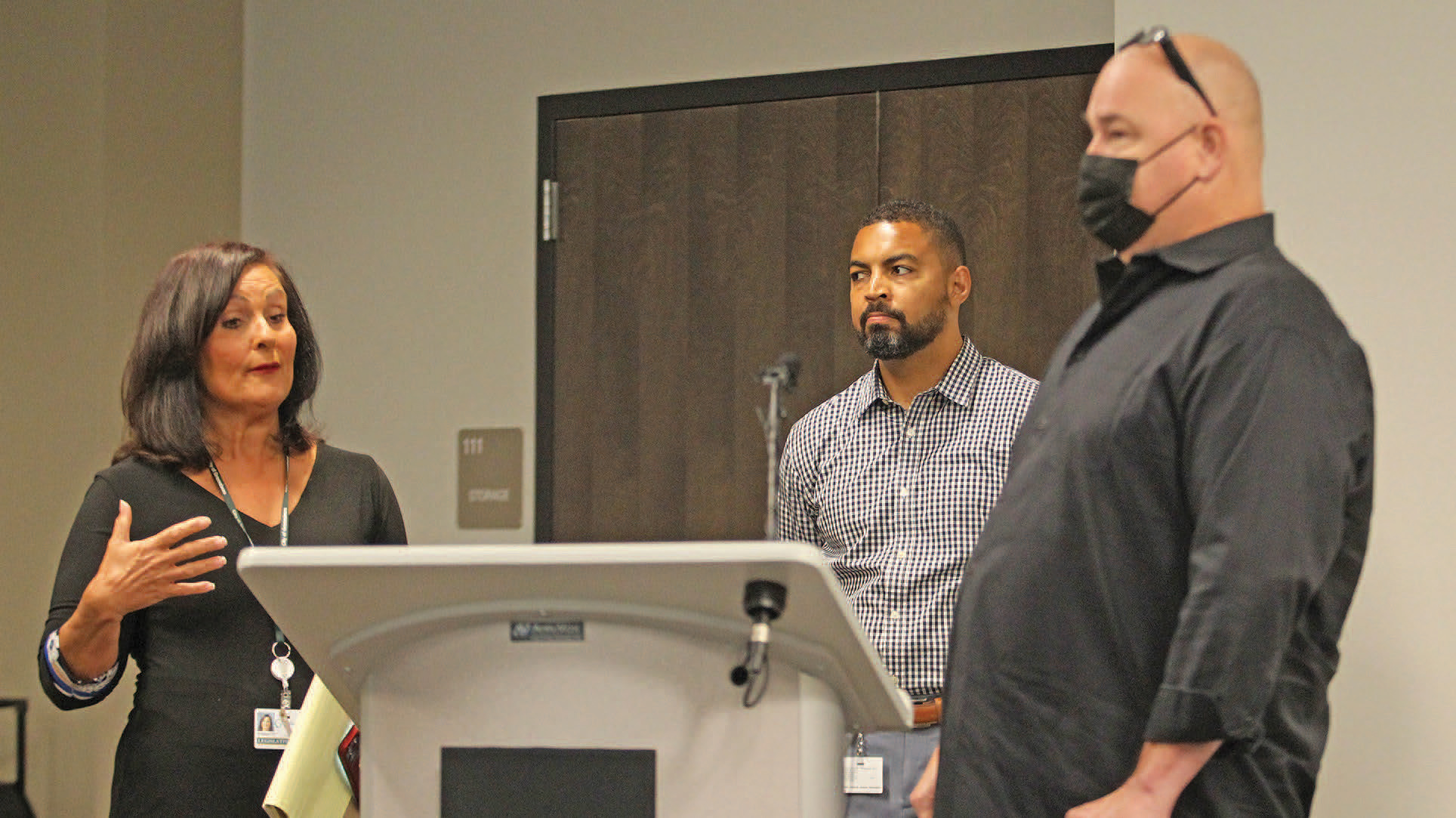 In an effort to curb violent crime in Greensboro, city leaders have drafted a proposed ordinance that would place responsibility on business owners.

A town hall was held on Monday, July 26 at Barber Park Event Center on the proposal to receive public comment.

City officials said this discussion has been going on for months and is something that was needed.

“This is a Phase I of the safety plan. It’s possible that council could adopt a resolution outlining this policy, which is what these conversations are for. This helps us put a policy and plan in place,” said Mayor Nancy Vaughan.

The three-page draft proposal is aimed to prevent violent crime at places that stay open late and serve alcohol. The crowd drew mixed reactions with most in attendance expressing concern over the penalties that would be placed on business owners, not the perpetrators of violence.

The proposal also includes a section for the creation of a Safety Board that would have four members – all city employees — a representative from the Greensboro Police Department Command Staff, Greensboro Fire Department Fire Marshal’s Office, Department of Neighborhood Development, and Department of Building and Inspections.

After a violent crime occurs inside or outside a business that serves alcohol, the owner would be called to meet with the board within seven days. The board would give recommendations to stop the incident from happening again, such as hiring more security or buying metal detector wands to check people as they come inside. The draft states that if the recommendations aren’t followed the business could be deemed a public nuisance.

Jesse Kirkman, owner of Jakes Billiards and Freeman’s Pub and Grub on Spring Garden Street, said those few board recommendations would cost them money and could impact their ability to pay employees.

She also added that a rise in violent crime on Spring Garden Street over the past few weeks has prompted her to shut her business down two hours earlier every night.

“We have had employees quit because they didn’t want to walk to their cars at night. It’s been hard. Especially coming out of a pandemic and trying to get business back up and running,” said Kirkman.

Meeting attendees also suggested that there be a community liaison or a representative for the business community on the Safety Board as well.

According to police reports, Greensboro police were called twice within a week to Tranquilo on South Elm Street in April. During one call, police found four people stabbed at a fight involving up to 10 people. On July 11, police found two people shot, including a child, at One 17 Sofa Bar and Lounge on North Greene Street. On the same day, three people were found shot at Lucky’s Skate Shop and Lounge on Patterson Street.

Alcohol permits at all three sites were suspended or canceled. Tranquilo has since closed permanently. All three businesses were minority operated and catered to a predominantly young African American crowd.

The new policy would now also apply to promoters as well. Other business owners expressed that they felt singled out since crime happens beyond bars and nightclubs, like at apartment complexes and gas stations, which the proposal does not address.

The draft proposal also states that, activities and facilities owned or operated by any federal, state, county, or local government agency or government-sponsored entity will be issued a special use permit. This means venues like the Greensboro Coliseum and the newly built Steven B. Tanger Performing Arts Center would likely be exempt from the penalties. In particular,business owners in the meeting recalled an electronic music concert in 2018, featuring artist Bassnectar, which drew large crowds and reports of drug overdoses.

Speakers also shared that it is often hard to get an off-duty officer to take a job at a bar or nightclub, because of the shortage of available officers, or because some officers would rather not work at a nightclub when they can perform security duties at a grocery store.

“We offer the top tier salary for off duty officers and it is still hard to get one to come do security,” said Greensboro promoter, Fu Jackson.

Assistant City Manager of Public Safety Nathaniel “Trey” Davis noted that the proposal is aimed to create a safe environment, not close businesses.

The current penalty in place for businesses that have violent incidents is an assessment by Greensboro police, N.C. Alcohol Law Enforcement and N.C. ABC Commission to investigate and possibly suspend or cancel ABC permits.

Davis noted that there was no strict deadline to get the proposal complete. The city will come back to the community with another proposal that includes the public feedback and there will be another town hall meeting in the future.