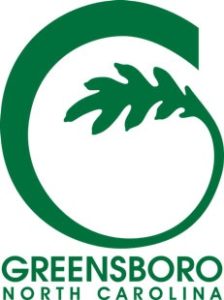 The Greensboro City Council at its February 19 meeting unanimously voted to adopt changes to the city’s Minority/Women’s Business Enterprise program. The new ordinance is intended to allow for more minority participation in city contracts.

New language in the ordinance was added to include Hispanics, Asians and Native Americans in the categories of construction, professional services, as well as goods and other services.

The new ordinance also aims to increase the goals for minority participation to 38 percent in municipal construction contracts, 46 percent for professional services, 49 percent for purchased goods, and 29 percent for other spending.

The new ordinance is based on recommendations from a disparity study presented to council in April 2018 by the Atlanta-based consultant firm, Griffin & Strong, P.C. The study reported that from 2012-2016, only 2.74 percent of construction contracts went to African American owned businesses, compared to 88.59 percent to non-M/WBE businesses.

“This is by no means the end just because this plan is adopted tonight. This is actually the beginning,” said District 1 Council member Sharon Hightower. “This plan is a robust plan and a change.”

The ordinance also expands the city’s relevant marketplace to encompass a 27 county region surrounding Greensboro, where at least 75 percent of the city’s contract money is annually spent, according to the disparity study.

The old policy was adopted by the Council in October 2013. Assistant City Manager, Barbara Harris noted there has been some sort of M/WBE ordinance on the city books since 1986.

“What we are striving for is parity. The goals look lofty, but we need to strive to achieve them, to get to a point where minority and women owned firms are being used,” said Harris.

Additional program enhancements include semi-annual reports to City Council from the Goal Setting Committee to be chaired by the M/WBE coordinator, quarterly mixers for primes and subcontractors, and revamping the Mentor-Protégé program. The M/WBE office will also be responsible for adding an additional 2,500 firms into a database to be utilized to find minority and women-owned businesses eligible to do business.

The M/WBE coordinating committee is now working on drafting policy and procedure guidelines to start implementation of the new ordinance by July 1.

“Finally, I think we have something that’s going to work,” said At-large Council member Yvonne Johnson.