CHARLOTTE – In the aftermath of Monday night’s Charlotte City Council vote to condemn “all hate speech, bigotry, racism, and discrimination” by U.S. President Trump, the Queen City is now emotionally bracing itself for possible vehement protests in August 2020 when the Republican National Convention comes to town.

Several Charlotte residents warned the council that if it did not rescind the invitation to the RNC to convene in the city in 2020, they were effectively “putting the lives of citizens of color in danger.”

“Let’s call racism what it is,” demanded one public hearing speaker. 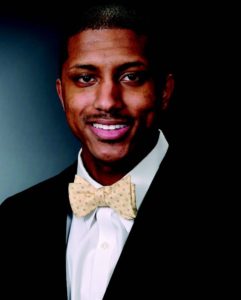 By a 9-2 vote Monday night, and after passionate arguments on both sides of the issue, the City Council made it clear in a nonbinding resolution that it abhorred the recent controversy at Trump’s July 17 campaign rally at East Carolina University, where a raucous crowd, apparently responding to the president’s racially-charged tweets targeting Somali-born Congresswoman Ilhan Omar (D-Minnesota), chanted “Send her back, send her back…”. Council also expressed oppostition in its resolution to previous “racist and xenophobic” language by Trump since he came to office in 2017.

“Whereas, in June 2017, President Donald Trump said 15,000 recent immigrants from Haiti “all have AIDS” and that 40,000 Nigerians, once seeing the United States, would never “go back to their huts” in Africa, and…in August 2017 [Trump] called some of those who marched alongside White supremacists in Charlottesville, Va. …”very fine people”…on May 16, 2018, [Trump] referred to undocumented immigrants as “animals”…on July 14, 2019, [Trump] suggested that four minority United States congresswomen, all of whom are American citizens and three of whom were born in the United States, should “go back” to “the totally broken and crime infested places from which they came…[and] on July 17, 2019, [Pres. Trump] held a rally in Greenville, N.C. where his supporters chanted “Send her back” in reference to Congresswoman Ilhan Omar…,” the resolution read, in part, listing several instances of what the author, Councilman Dr. Justin Harlow, felt were clear examples of past statements and behavior Trump was likely to bring to Charlotte next year.

“…[T]he Council seems it imperative to condemn such racist and xenophobic language that only serves to stoke fear of others and perpetuate division everywhere based on ethnicity, religion and/or race,” the resolution continued.

All nine of the Council Democrats, some of whom assisted Dr. Harlow in composing the document, lamented before the vote how Trump’s racist behavior did not comport with the kind of welcoming environment the Queen City has worked hard to establish for all who live and work there. 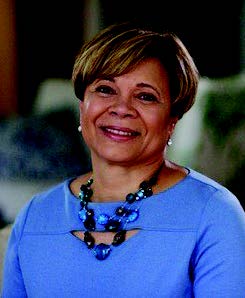 Saying that Charlotte is a “city of immigrants,” the Council’s Democrats, including Mayor Vi Lyles, stressed how important it was for the condemning resolution to be passed unanimously.

However, the council’s two Republicans refused to support the measure, joining their colleagues in criticizing the president’s racial tone, but adding that the council was overstepping its bounds stepping into a national controversy.

“I don’t personally endorse the way the president has chosen to conduct himself,” Councilman Ed Driggs said. “But he didn’t create the tension that we’re experiencing … He’s the result of the tension.”

Prior to the vote, the city attorney warned that the council could not now rescind the contract it signed inviting the RNC to convene in 2020, risking severe legal ramifications if it did.

At press time, neither the national Republican National Committee, nor the North Carolina Republican Party, issued a reaction to the Charlotte City Council’s condemnation resolution.