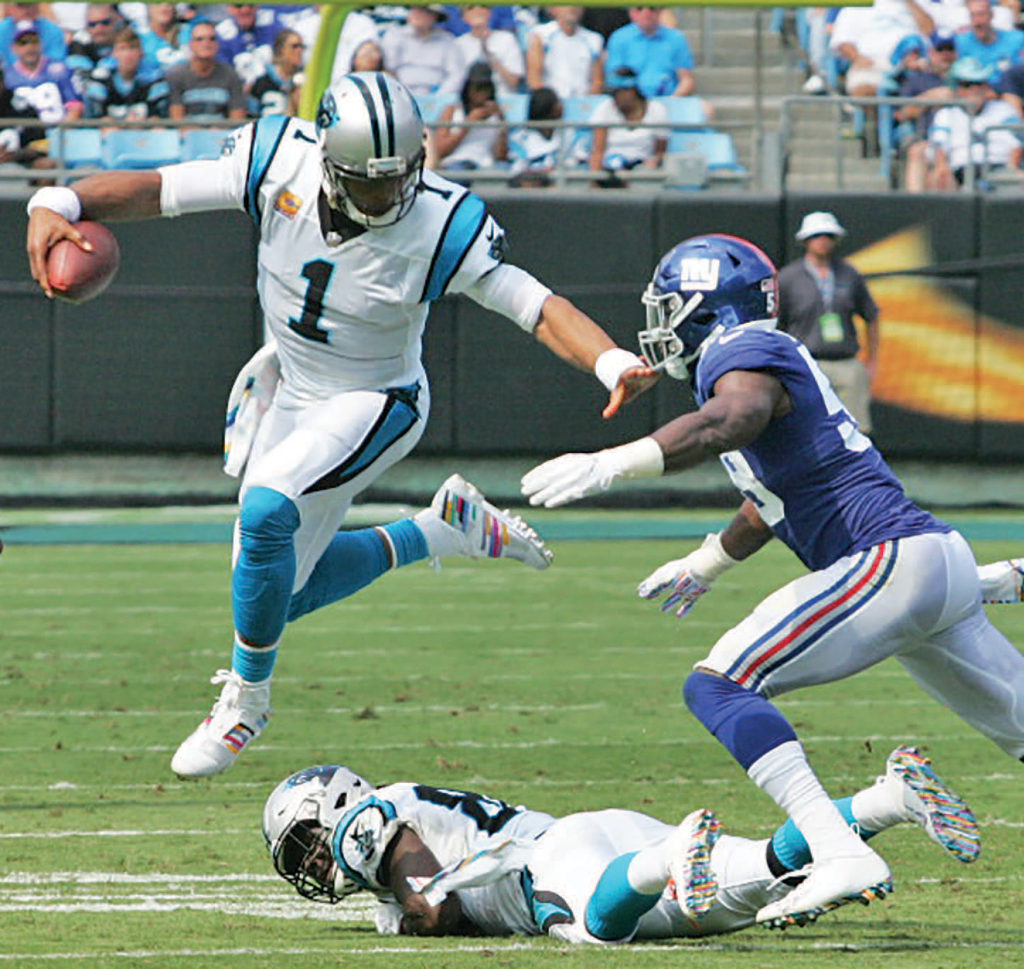 After being the Panthers’ #1 pick in 2011 and spending nine seasons with the team, Cam Newton now finds himself with the New England Patriots.

Free-agent quarterback Cam Newton has signed a one-year, “incentive-laden” deal with the New England Patriots. The contract is worth up to $7.5 million.

Discussions between Newton and the Patriots were quietly “in the works,” according to Rapoport. With the signing, New England now has three quarterbacks who will compete to replace former Patriot Tom Brady: Newton, Jarrett Stidham and Brian Hoyer. Newton will be in “the mix” to take the place of Brady in the starting slot, per Schefter and Mortensen.

Newton, 31, entered the free-agent market in March when he was released from the Carolina Panthers. He spent nine seasons with the team after being selected the No. 1 overall pick in 2011 and went on to become the second African American quarterback to win MVP in NFL history, following Steve McNair, for the 2015 season.

According to ESPN, it has been unclear whether Newton would be open to taking a backup quarterback job. He had been rumored to have discussions with the Patriots earlier during free agency, but nothing had materialized.

Newton missed 14 games during the 2019 season with a Lisfranc injury in his left foot and underwent surgery in December. He previously underwent surgery for a shoulder injury that caused him to miss the final two games of the 2018 season.

Brady announced in April he had decided to leave the Patriots after winning six Super Bowl championships with the team. Soon after, he reached a two-year, $50 million deal to join the Tampa Bay Buccaneers.

Following the announcement of Newton’s signing, It was reported that the NFL has fined New England $1.1 million, docked a third-round pick in 2021 and barred the team’s TV crews from shooting games during the 2020 season as punishment for the team’s illegal videotaping of the Cincinnati Bengals’ sideline during a game in December.

Among New England’s quarterbacks, Hoyer has been a member of the team since he reached an agreement in March, while the Patriots drafted Stidham in 2019.