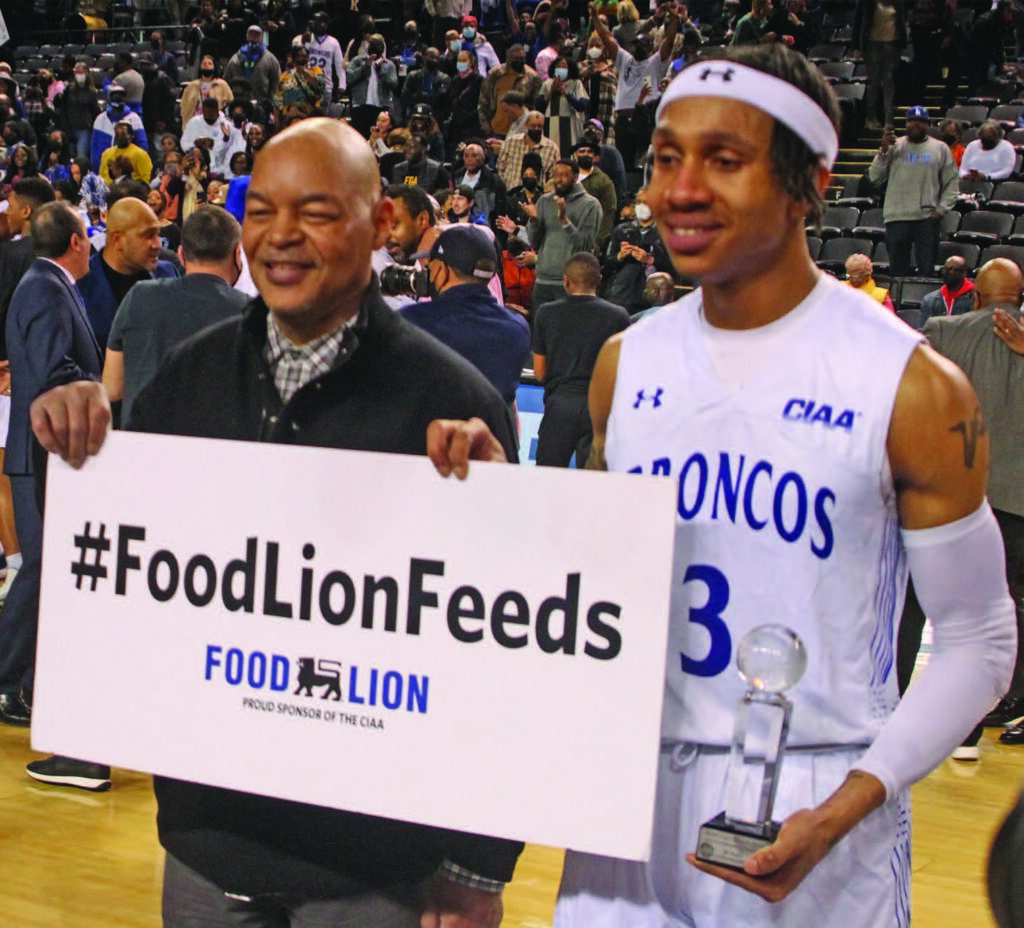 BALTIMORE – Top seed Fayetteville State made the most of their second straight CIAA basketball championship appearance.

The Broncos relied on defense and free throws to gain their second conference tournament title in school history and their first since 1973, outlasting second seed Virginia Union Panthers 65-62 at Royal Farms Arena on Saturday. 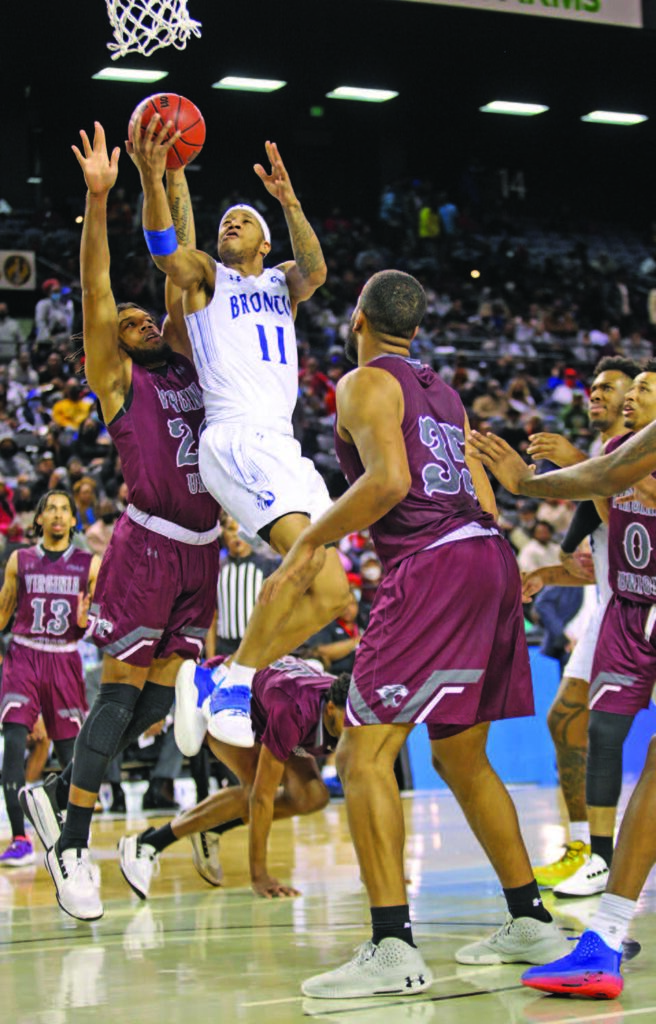 With the victory, the Broncos (21-8 overall) earned the conference’s automatic bid to the NCAA Division II Tournament. The Panthers (23-7 overall), winners of 18 CIAA Tournament crowns, have a chance to earn an at-large bid to the national tournament.

Two years ago, the Broncos let a late lead slip away in a loss to Winston-Salem State in the finals. This year, FSU held off a frantic Panthers’ rally to escape with the championship. The CIAA canceled the 2020-21 season due to COVID-19.

Jalen Seegars scored 15 points for the Broncos, who inched away from VUU with a late run in a close, intense battle. There were nine ties and nine lead changes with no margin larger than five points until the Broncos’ game-deciding run.

The Broncos knocked down 9 of 10 free throws to seal the victory, setting off a celebration on the floor.

Darian Dixon added 14 points and Cress Worthy scored 13 points for the Broncos, who shot 52.4 percent from the floor and 83.3 percent (15 of 18) from the free throw line. Zion Cousins recorded nine points, 13 rebounds and three blocks and Koraan Clemonts finished with eight points and four assists.

Robert Osborne had a monster game for the Panthers, amassing 25 points and 16 rebounds. Tyriek Railey added 15 points and Jordan Peebles contributed 12 points and seven rebounds for VUU, which shot 33.3 percent from the floor and 58.8 percent (10 of 17) from the free throw line.

VUU scored 24 points off 21 Broncos’ turnovers to stay in contention throughout the contest. The Panthers also held a 26-7 offensive rebounding advantage which led to 33 second-chance points.

The Tournament MVP award went to Seegars, who led the All-CIAA Tournament team. In addition to Seegars, the squad consisted of Dixon of Fayetteville State, Javonte Cooke of Winston-Salem State, Anthony Carpenter of Bowie State, Osborne and Jordan Peebles of Virginia Union, Kyrie Temple and O’Koye Parker of Livingstone, Zahrion Blue of Lincoln (Pa.) and Jaylen Richard of Saint Augustine’s.