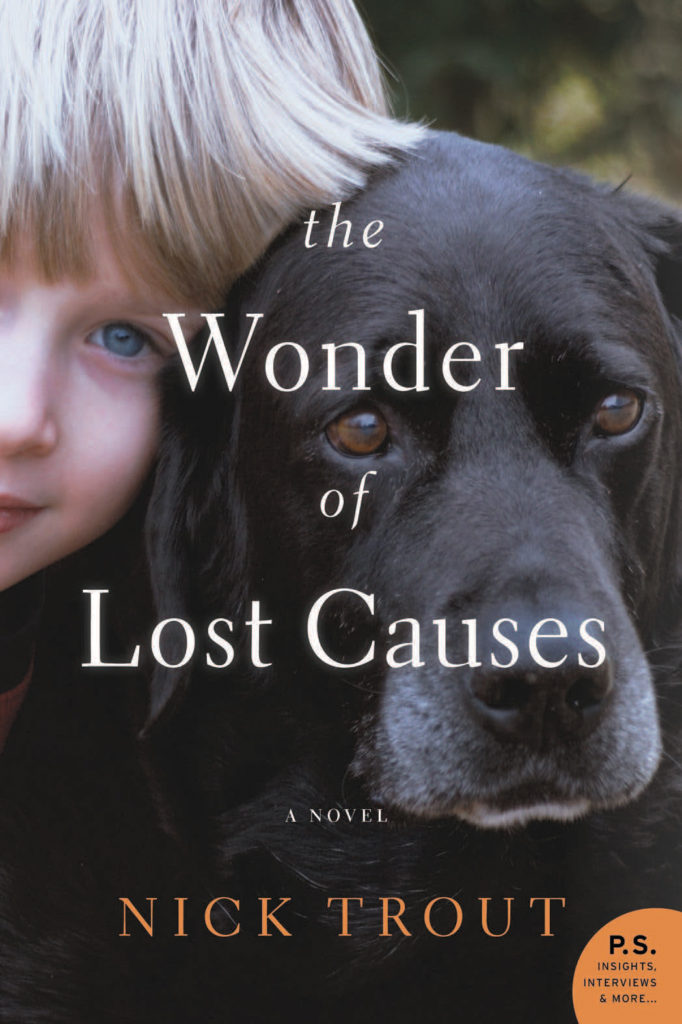 Small dog or big dog, long-haired or no hair, you’re a good dog parent who knows how to pick the right dog for you. It’s a little bit science, a little bit heart and, as in the new book “The Wonder of Lost Causes” by Nick Trout, it’s as if the dog picked you, too. Dr. Kate Blunt wasn’t sure what stopped her from putting the dog down. Surely, it would have been a mercy.

The fact was that she didn’t, though, giving the animal a 14-day reprieve. Space was tight at the shelter Kate ran, and two weeks was all any dog got before its time was up.

But this dog, the one she named Lucky, was in pretty bad shape, skinny, with scars on his muzzle. A mutt with an impossible-to-decipher lineage, he was also scared but the second he saw Kate’s son, Jasper, the dog came alive. Eleven-year-old Jasper had been begging for a dog his whole life but his Mom said he had to make do by helping out at the shelter. Mostly, he just took care of odd jobs here and there; not much, because his cystic fibrosis made it hard to breathe sometimes. Still, he’d do almost anything to spend time with dogs. This dog, though.

Jasper knew nobody would believe him, but the connection he had with the animal was immediate and weird. It was like the dog was putting words in Jasper’s head, like when the dog said that its name was Whistler. Jasper couldn’t decide if he controlled it, or if Whistler did but either way, he didn’t see it as a bad thing. What was bad was that the dog was microchipped. Whistler belonged somewhere else, to some program in Texas that trained service dogs and there was a little girl that desperately needed him. As Jasper began to understand the situation, Kate saw the likely ending and she knew she’d fight for her son in any arena. Keeping this dog, though – she also knew that could be a losing battle.

At first sniff, “The Wonder of Lost Causes” seems pretty new-agey and maybe, with the mind-reading bit, a hair on the odd side. Yes, it’s fun to Doctor-Doolittle with a dog – what dog owner doesn’t? – but that uncanny communication becomes oversized here, in narrative that’s too long and that contains at least one pointless side plot.

And yet, that won’t matter one bit to fans of dog stories. Nope, this book is irresistible because it’s about a dog and about love – two things that are rather the same. Indeed, author Nick Trout tells a tail here about a boy and his pup, and you could easily say that it’s just a little magic.

If you’re not a dog lover, move along. You’ll hate the ruff spots in this book and it’s not for you anyhow. For puppy parents with patience, though, “The Wonder of Lost Causes” could be the pick of the litter.