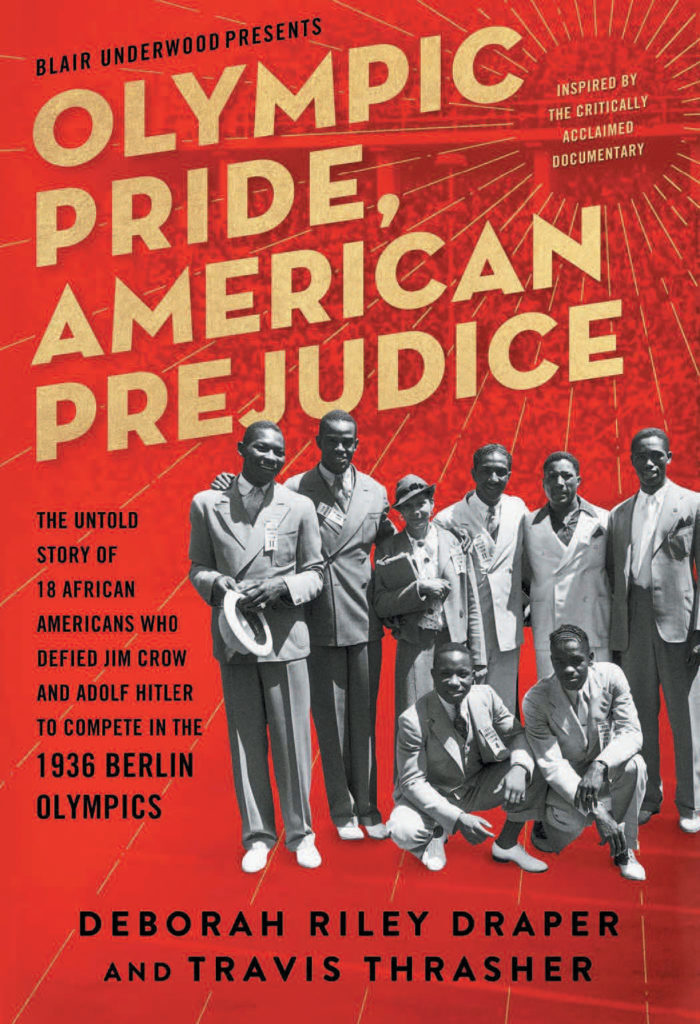 People could see it in you, starting when you were small: you were going to go places, do good, make a mark on the world. They were proud to know you, happy to watch you land until – except – as in “Blair Underwood Presents Olympic Pride, American Prejudice” by Deborah Riley Draper and Travis Thrasher, the promise was broken but not by you.

Although Eddie Tolan was one heckuva runner, and though he’d won two gold medals, by 1933, he was done. The 1932 Olympics were over and so was Tolan’s career because he knew that opportunities for African American athletes were few and “simply getting by may be his best path forward.”

Ralph Metcalfe hated to see that, but it wasn’t entirely bad news. He, too, was a medal winner in ’32, and he had his sights set on running the 100-meter dash in Berlin in 1936. Competition was bad enough; seeing Tolan literally out of the running was a relief.

Metcalfe wasn’t the only African American athlete hoping for glory in Berlin. Max Robinson knew he’d have to run against Jesse Owens and that would take some planning. No problem; Max had to set an example for his little brother, Jackie Robinson. Archie Williams wanted to run, but he wanted an education more; medals were good, but his future held a degree in engineering. Louise Stokes was a record-breaker, and she and Tidye Pickett were fast friends, in part because they were the only two Black women on the 1936 track team and sticking together helped them deal with the racism from inside and outside that team.

Altogether, there were eighteen African American athletes who boarded a luxury cruise ship and set sail for Berlin – but not quickly. Not until officials decided that despite what Germany and its leader represented, America would compete against the Nazis…

Believe it or not, it’s not the descriptions of the competitions that make “Olympic Pride, American Prejudice” so heart-pounding – although that’s pretty exciting stuff.

It’s not the fact that authors Deborah Riley Draper, Blair Underwood, and Travis Thrasher show the outrageous racism endured by elite athletes of the time, and were then forgotten – although you’ll have to pick your jaw up every few pages, so beware.

No, the thing inside this book that’ll make you catch your breath is something that swims just beneath the story, something so malevolent that the authors don’t, initially, even have to give it a name to scare readers plenty. You’ll absolutely love the stories of these athletes, each of which starts in their childhoods and moves forward to their competitions and beyond. After knowing what they endured, and disappointments they had because of racism, you may feel like righting more wrongs that have already been remedied.

These things are true. But it’s a maniacal dictator that gives this book its chill.

Step up and find this tale, then step back in time. If you need a fascinating history book now, “Olympic Pride, American Prejudice” holds that promise.

Terri Schlichenmeyer is the Peacemaker bookworm. She resides in LaCrosse, Wisconsin, where snow abounds, with her sweet hubby and two loveable Lhasa apsos, Louie and Wrenn.