Book Review: A Most Beautiful Thing 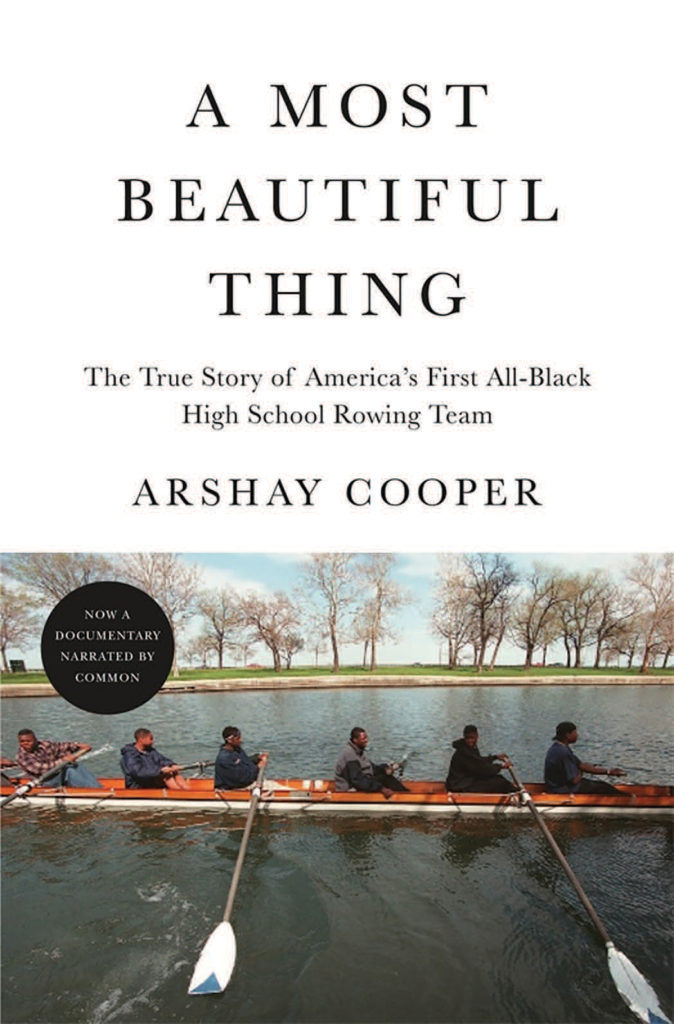 The choice is yours: do you pick one thing, or take the other? Stay where you are, or reach for better? This or that, any way, you always have to decide: do you take either, or… as in “A Most Beautiful Thing” by Arshay Cooper, do you take the oar?

Growing up Chicago’s West Side, Arshay Cooper was used to seeing blood on the sidewalk. Gunshots were like lullabies and he hated it. His father was long gone, his mother was then too addicted to care for her children, and he “had a funeral” for her in his heart. Later, once his mother was clean and he started attending high school at Manley Career Academy, he became firm in his belief that his future was not on the streets. He knew gang-banging wasn’t for him, so he mostly stayed home and watched Family Matters, The Fresh Prince of Bel-Air, and A Different World on TV, absorbing their lessons and wishing his life was more like that of the characters.

And then he saw a boat.

It wasn’t just any boat, though: it was long and sleak and Cooper quickly learned that it was used in a sport he’d never heard of. The White female coach said team members would be taught all they needed to know; the White man who’d put the program together said that there’d never been an all-Black high school rowing team, and he promised that anybody who stuck with the program would succeed in life. Though Cooper’s schoolmates talked smack about it, and in part because of a girl, Cooper and his best friend signed up for “crew”.

And everything clicked into place.

Rowing required discipline. It was exhausting, emotionally and physically. There were sacrifices. But when on the water, rowing, he says, “I don’t hear gunshots or ambulance sirens. I don’t see gang signs and I don’t have fear… I feel powerful.”

Here’s all you need to know: “A Most Beautiful Thing” lives up to its name.

It doesn’t start out that way, though: in laying the groundwork for his tale, author Arshay Cooper writes about the realities of growing up in a Chicago neighborhood that he hints could have been any-inner-city-where, any-inner-city-time. This gives the story its muscle and allows readers to better picture the scenes and the struggles he and his young teammates withstood. You’ll be happy to know that there isn’t a shred of boasting or false pride in that.

Once you’re that far into the book, then, you may notice that Cooper masterfully makes you feel a part of the team. At that point, just go ahead, take their losses to heart. Be proud of the changes they’ve made. Think about the grace on race that Cooper offers. Grin like a fool at the triumph and laugh at their nonconformity.

It’s perfectly okay to get teary-eyed at the epilogue, really.