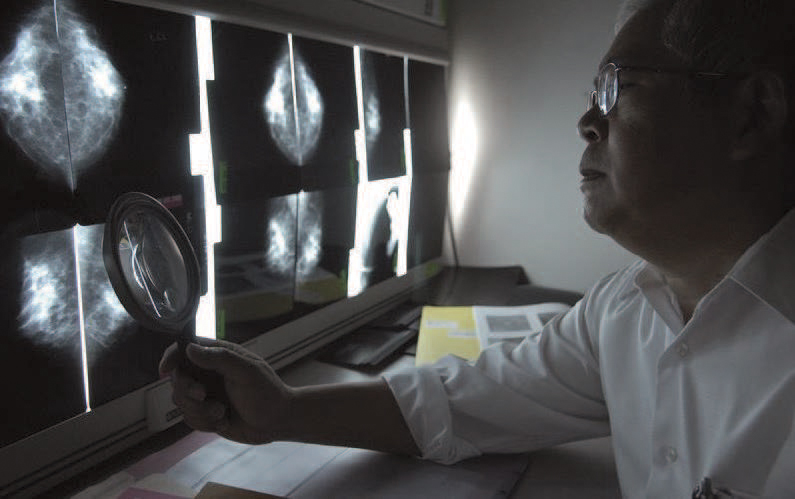 Treatment advances have improved breast cancer survival rates among all U.S. women, but the disparity between White and Black women has grown, especially in the Southeast.

When Felicia Mahone was 27, she felt her breast and found a mass. Breast cancer had killed nearly all the women in her family — her mother, two aunts and two cousins. Her doctor, though, downplayed the lump, assuring her everything would be all right.

For months, Mahone resumed her busy life. But she couldn’t shake the feeling the lump might be a tumor. So, she saw another doctor at Grady Memorial Hospital in Atlanta. There was more testing, and more nervous waiting. Finally, a biopsy confirmed her deepest fears: stage two breast cancer. Daunted by the prospect of facing cancer without family support, she made a vow to God: Get me through this, and I’ll help others not to go through this alone.

Treatment advances have improved breast cancer survival rates among all U.S. women, but the disparity between White and Black women has grown: Black women such as Mahone are 40 percent more likely to die from the disease than White women, according to the Centers for Disease Control and Prevention.

No region has as many high-disparity states clustered together as the South. Louisiana and Mississippi have the highest racial disparities in breast cancer mortality. In both of those states, the excess death rate among Black women is more than 60 percent, according to the American Cancer Society. Alabama, Arkansas, Georgia, North Carolina, South Carolina and Tennessee all have excess death rates over 40 percent.

“We automatically think that, when we get cancer, we’re doomed and that it’s a death sentence,” said Mahone, referring to Black women. “We don’t talk about cancer, don’t share it, don’t embrace our hair falling out, and don’t want to look sick. So many other women, though, are living for years.”

Even though Black and White women have similar mammogram screening rates and Black women have a lower overall incidence of breast cancer, Black women are more likely to die from the disease. In explaining the disparity, one oncologist described a “perfect storm” of scientific and social forces.

One of them is that researchers haven’t developed advanced treatments for a series of aggressive tumors — known as triple-negative breast cancer — that Black women are more likely to get. Another is that recent advancements in cancer therapies for other kinds of tumors have yet to be fully proven in minorities, in part because of the lack of diversity in those clinical trials.

And Black women have described feeling cast aside by a health system of doctors, nurses and support groups that rarely look like them; and face further obstacles outside labs and hospitals — including lack of access to jobs, transit and health insurance. This marginalization of Black women is especially prevalent in the South.

“This makes people, especially Black women, who are busy working and providing care to family members, not want to waste their time,” said Alisha Cornell, who worked as a registered nurse in North Carolina. “The way we are treated makes us feel shameful or unimportant.”

Federal officials have taken some steps to reduce this disparity, from awareness campaigns to collecting long-term health data from minority communities. Alabama officials have mandated that low-income women diagnosed with breast cancer be automatically enrolled in Medicaid. And Tennessee officials have used health data to identify counties with the highest disparities, and convinced hospitals to send mobile mammography clinics to those areas.

But for the most part, the task of closing the gap has fallen to individual actors and institutions. One Georgia survivor, having experienced the lack of culturally relevant support groups, built an inclusive and diverse support community for those facing breast cancer. In Louisiana, one doctor has pushed to not just study breast cancer in Black women — a long understudied corner of research — but has urged researchers to partner with minority communities.

“We know the data, and we know the statistics,” Dr. Valerie Montgomery Rice, president and dean of the Morehouse School of Medicine in Atlanta, said in a recent speech on cancer disparities. “I hope we move beyond the disparities and put our dollars toward solutions that not only close these gaps but lead to health equity.”

At the 2019 American Association for Cancer Research’s annual conference, health experts agreed on one major reason behind this disparity: lack of diversity in clinical trials. Despite progress by cancer researchers, Dr. Shafiq Khan, a biological sciences professor at Clark Atlanta University, said treatments developed and approved are disproportionately tested on White people.

Since 2016, the Food and Drug Administration has approved four novel drugs for breast cancer. However, none of those clinical trials had more than three percent Black participants.

During an American Association for Cancer Research panel, Melissa Davis, an assistant professor of genetics at the University of Georgia, called for more “pressure on biopharma to require more diversity” in clinical trials, so those companies “don’t have the luxury to say, ‘It’s too difficult.’”
However, Miele believes the cancer research community shares the burden of recruiting more diverse clinical trial participants. He believes that aspiring cancer scientists must learn how to conduct research not just in labs but also out in communities of color.

Until that happens, many clinical researchers say the studies will remain narrow in their findings.