When the election dust settles on Nov. 3rd, North Carolina Democrats hope that in addition to a new president of the United States, a new legislative majority, and a continuing successful governor, there will be four African American women elected officials blazing historic trails of authority and service. 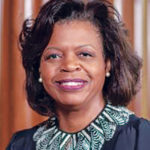 Highest on the list, Cheri Beasley (ChiefJusticeBeasley.com), current chief justice of the North Carolina Supreme Court, running to be officially elected to that post for a full eight-year term. Justice Beasley was appointed Chief Justice by Gov. Roy Cooper in February 2019, after serving as an associate justice since 2012.

“I believe all North Carolinians should have access to fair and impartial justice, no matter who they are,” Chief Justice Beasley told the NC Judicial Guide. “I will continue to work for an independent court system that people can trust.”

Beasley has been endorsed by Democratic vice-presidential candidate Sen. Kamala Harris, among others. 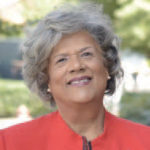 Another Black female candidate running for significant statewide office is current Wake County Commissioner Jessica Holmes (JessicaHolmesNC.com), candidate for N.C. Commissioner of Labor. Holmes, a Pender County native, has been a Wake commissioner since 2014, the youngest ever in history. Two years later, she was elected as chair of the Wake Commission Board. Professionally, Holmes is a labor attorney, focusing on workers’ rights. 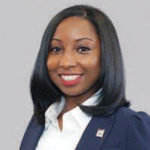 Holmes says if elected, her top priority would be “ensuring safe and healthy work environments, especially in the midst of the COVID-19 pandemic.”

Holmes is endorsed by the N.C. AFL-CIO, N.C. Association of Educators and Lillian’s List.

Finally, for the N.C. Court of Appeals Seat 5, Judge Lora Christine Cubbage (CubbageForJudge.com). Judge Cubbage currently presides in Superior Court, where she has been since 2018. She previously served as an assistant District Attorney, Assistant Attorney General, and District Court Judge. 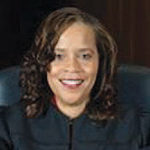 Judge Cubbage believes in the protection of rights given by the N.C. and U.S. Constitutions; equal justice for all in order to regain the public trust in our judicial system; equal access to justice for all; and an independent, fair and impartial judiciary.