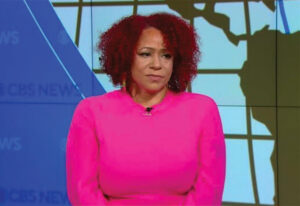 In the eyes of many observers, the image of UNC – Chapel Hill in the aftermath of the Nikole Hannah-Jones tenure debacle is in tatters. The question now is “How does UNC go forward being responsive to the needs of its Black students and Black faculty?”

The question is important because as the oldest public university in the nation, UNC – Chapel Hill is supposed to be an academic beacon of free with informed thinking and research where African Americans from across the nation can come to learn to become scholars – like Nicole Hanna-Jones – as well as teach to produce the next generation of world changers.

Last week, after Hannah-Jones announced that she was rejecting the UNC Trustee Board’s half-hearted offer of tenure after months of literally ignoring the fact that she had obviously been denied what other scholars of her caliber had been previously and automatically been given when recruited to teach at the journalism and media school, Black UNC students made clear that they would be heard.

The “horrible way,” Hannah-Jones says, Black student demonstrators were treated by campus police at the June 30th emergency trustee board meeting, being pushed and grabbed with none of the administrators coming to their defense, cinched her decision to accept Howard University’s generous offer to teach there.

If the university wants to redeem itself, Hannah-Jones told the Raleigh News and Observer afterwards, it needs to apologize to its Black students for that harsh treatment during the tenure vote; come clean on why the trustee had ignored codifying Hannah-Jones’ tenure in the offer she was made since last year; and change the process of how the mostly White male UNC System Board of Governors and the UNC – Chapel Hill Trustee Board are chosen so that both reflect the true demographics, racial and gender makeup of North Carolina and the school.

Hannah-Jones also wants the trustee board to agree to a list of demands from the Carolina Black Caucus in an effort to retain and recruit Black faculty, many of whom have expressed a desire either to steer clear of or leave UNC – Chapel Hill.

Per the Black student 54 point list of demands they want to see the trustee board agree to, it includes a permanent, fully funded monument to James Cates, a previous student stabbed to death on campus in 1970; removing campus police from Residence Hall move-in; establish an “anti-racist” alert of White supremacists on campus for Black student safety; no White supremacists, like members of the former Trump administration, being invited to speak or appear on campus, in an effort to “…create a safer space” for Black students.

The list, supplied by the UNC Black Student Movement (BSM), makes clear that the demands should be approved and go into effect by this August, when the student body returns for the fall semester.

Black UNC students were particularly upset right -wing activists were seen carrying Confederate battle flags on campus last Saturday, and planted smaller flags around the Unsung Founders Memorial, which was erected in 2005 to honor Blacks who helped to build the university.