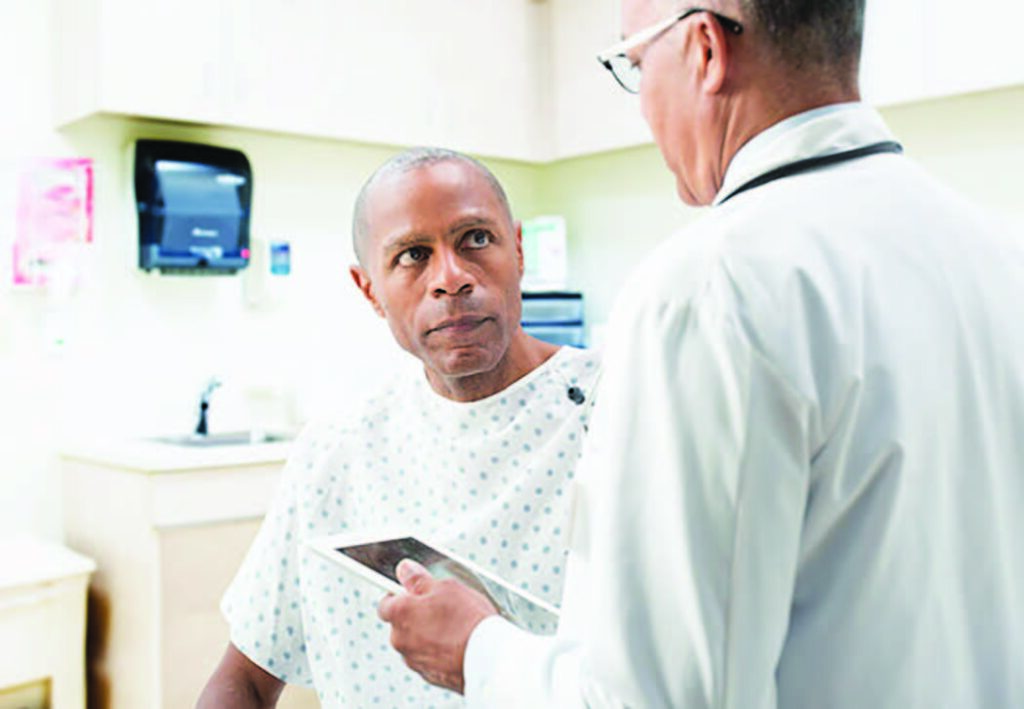 Black men are twice as likely to die from prostate cancer than White men.

The Lamberts are just seven examples of the thousands of Black men per year – from every socio-economic walk of life and every part of the U. S. – who are disparately diagnosed with prostate cancer. Not only is the rate of prostate cancer among Black men higher than Whites, but the chances of Black men dying from it are more than double that of White men and men of other races, according to the National Cancer Institute.

But doctors and medical administrators across the nation believe these grossly disparate numbers can be minimized or at least equalized by one form of cancer therapy that top-level cancer doctors and researchers say could pivot the death disparities. The therapy, called Proton Beam, specializes in zapping cancer cells with laser focused radiation without damaging surrounding non-cancerous tissues. Some of the top medical universities across the nation have proton beam centers; including Harvard, MD Anderson, the Mayo Clinic, and Johns Hopkins. 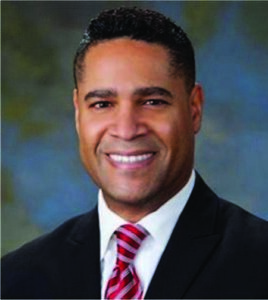 This is the reason that a list of insurance agencies are currently under fire by cancer advocates across the nation for refusing to cover the cost of proton beam therapy. For example, even after the Virginia General Assembly passed a bi-partisan bill, that encourages insurers such as Anthem, Aetna, Cigna and Humana, to stop labeling the FDA-approved treatment as experimental, Anthem is still under fire for what is deemed as unfair decisions that, in some instances, are believed to have led to deaths.

In doing so, the insurers had been covering the other forms of treatment by radiation mainly because of the lower costs, reported Jeremy Lazarus for the Richmond Free Press as the bill passed through the General Assembly during its spring legislative session of 2017.

But that was before Virginia’s General Assembly passed the law prohibiting insurers from holding proton therapy to a higher standard in comparison to other therapies. Although the law does not mandate coverage for any specific case, according to Virginia’s Legislative Information System, the law “Prohibits health insurance policies and plans from holding proton radiation therapy to a higher standard of clinical evidence for benefit coverage decisions than is applied for other types of radiation therapy treatment. The measure applies to policies and plans that provide coverage for cancer therapy.”

The Virginia Legislature’s move to make law concerning the issue was mainly because the refusal to cover Proton therapy has baffled cancer experts and advocates alike.

A report by the D.C.-based Alliance for Proton Therapy Access (APTA) states, that proton therapy can help increase survival, reduce the risk of secondary cancers, result in fewer acute and long-term conditions as well as debilitating short-term side effects and improve quality of life for individuals undergoing cancer treatment.”

Daniel E. Smith, executive director of the APTA, says the coverage denials are often shocking and have led to deaths.

“It’s inconceivable that an insurer would play games with a disease like cancer, where a diagnosis can be a matter of life or death. We can no longer tolerate a process that endangers the lives of cancer patients who don’t have time on their side,” Smith said in a statement to the Trice Edney News Wire. “Our report shows that private insurers deny proton therapy six out of 10 times for patients aged 18-64. While improper denials are reversed a third of the time, appeals take an average of five weeks; and that’s time cancer patients do not have when fighting an aggressive disease.”

Even after the bill passed, Anthem continued to deny the coverage, ultimately forcing the Lambert family to shoulder the cost of the therapy. But by then, it was too late. Benjamin IV’s widow, a nurse and mother of his two children, believes he would have lived had Anthem initially covered the treatment.

Meanwhile, the Free Press article reported that “advocates note that the same insurers that refuse to cover treatment in Virginia are willing to provide coverage for patients that travel to proton therapy centers in other states.”

This apparent discriminate behavior has drawn the ire of Bill Thomas, associate vice president for governmental relations at Hampton University, which has an 11-year-old Proton Beam Center that cost $225 million. Thomas has led the fight in Virginia against the apparently racially discriminate coverage.

“Proton beam is just a therapy. But it’s the best therapy in the world because all the top cancer centers in America have proton beam. There’s nobody arguing with Harvard about this. They’re arguing with a Black school,” Thomas said in an interview. “It has nothing to do with anything else…Anthem – against Virginia law – did not pay for his insurance coverage,” said Thomas, referring to Lambert’s case.

Thomas’ view is that with Black men dying from prostate cancer at twice the rate of Whites and others, insurers who go out of their way to deny the prostate treatment at Hampton are considered suspect. About 30 percent of the patients there are Black men, Thomas says.

“Not surprisingly, racial biases continue to impact such decisions, with reports showing that historically, Black men undergo less aggressive treatment and more watchful waiting (WW), even after adjusting for socioeconomic status,” states an NIH study. “Within the context of high-risk disease, numerous studies have shown a clear racial variation in the primary treatment of prostate cancer, including more use of WW and lower use of radical prostatectomy (RP) among minorities compared to their White counterparts.”

For many of the families and loved ones of prostate cancer patients left behind, there is no need for proof.

Smith, of the Alliance for Proton Therapy Access, agrees: “We have worked with far too many cancer survivors who waited days, weeks, or even months, for a broken review and appeals process to play out while their cancer and anxiety grew. It’s time to hold insurers accountable for providing fair, timely, and transparent access to cancer treatment.”