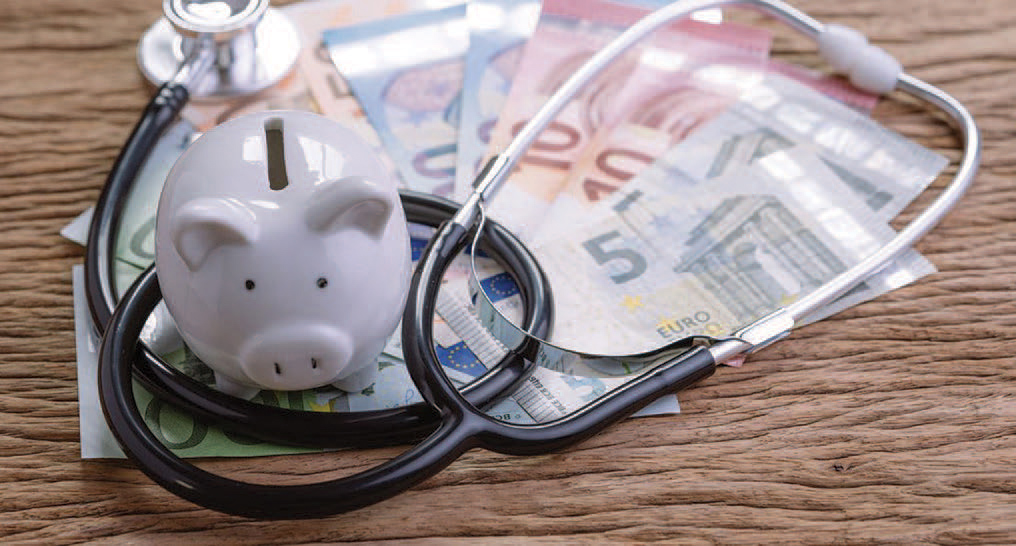 More than half (55 percent) of Black and nearly half (44 percent) of Latinx/Hispanic adults said they had medical bill problems and debt, compared to one-third (32 percent) of White adults.

According to results from a new Commonwealth Fund survey, Americans who have suffered the most during the COVID-19 pandemic are also the most likely saddled with medical bill problems and debt.

The Commonwealth Fund, a foundation that promotes a high-performing health care system that achieves better access and improved quality, noted that adults ages 19 to 64 contracted the virus, lost income, or lost their job-based health insurance coverage.

Those individuals also reported higher rates of medical bills and debt problems than people not affected by the pandemic in those ways.

Researchers found those who lost income experienced medical bill problems at the highest rates, especially those who also tested positive or became sick with COVID-19 or lost coverage.
The report revealed that Black and Latinx adults “face the greatest financial challenges from chronic lack of affordable health care, even as the pandemic eases and more gain insurance coverage.”

More than half (55 percent) of Black and nearly half (44 percent) of Latinx/Hispanic adults said they had medical bill problems and debt, compared to one-third (32 percent) of White adults.

Overall, one-third of U.S. adults said their income fell during the pandemic, but Black, Latinx/Hispanic, and low-income adults were particularly hard hit, the report continued.

Forty-four percent of Black adults and 45 percent of Latinx/Hispanic adults reported a loss of income.

Insured and uninsured adults alike struggle to pay their medical bills, but those without coverage face more significant challenges.

More than one-third of insured adults and half of uninsured adults said they had a medical bill problem or were paying off medical debt.

One-third (34 percent) of working-age adults with employer coverage reported medical bill or debt problems, as did nearly half (46 percent) of adults with individual and marketplace coverage.
Relatively few adults lost job-based health insurance coverage during the pandemic. However, many of those who did were left exposed to health care costs, researchers wrote.

The survey, which took place between March 9 and June 8, revealed that just 6 percent of working-age adults lost job-based coverage — whether through their job or that of a spouse, partner, or parent — since the pandemic began.

Just over half (54 percent) of people who lost coverage through their job and did not get COBRA were without coverage for three months or less.

About 30 percent did not gain insurance until four to 11 months later, and 16 percent were uninsured for longer than a year.

An estimated 10 percent of working-age adults were uninsured during the first half of 2021 — a smaller share than 2020 estimates from federal and private surveys.

The survey findings suggest that more people have gained insurance than lost it since the pandemic began.

Federal efforts to help people maintain their Medicaid coverage, combined with state and federal efforts to encourage people to enroll in the Affordable Care Act (ACA) marketplaces and Medicaid, have increased enrollment in both.

Thirty-five percent said they had used up most or all their savings to pay their bills.

Forty-three percent had received a lower credit rating because of their medical debt.

More than one-quarter (27 percent) were unable to pay for basic necessities such as food, heat, or rent.

That could reduce the number of uninsured by 4.2 million in 2022, the researchers said.

They also suggested providing Medicaid-eligible adults in the 13 states that have not yet expanded their program a federal insurance option to cover an estimated 2.3 million uninsured.
Reigning in deductibles and out-of-pocket costs in marketplace plans with new subsidies and rules also should help, they said.

More individuals with unaffordable or skimpy employer plans should be allowed to enroll in marketplace plans, the Commonwealth Fund researchers stated.

“Although the survey indicates improvement in insurance coverage during the pandemic, it also shows that health insurance in America is not protective enough,” stated Dr. Sara R. Collins, the lead author and Commonwealth Fund Vice President for Health Care Coverage, Access, and Tracking.

“The persistent coverage inadequacy and vulnerability among U.S. working-age adults is compromising their ability to get the care they need and leaving many with medical debt at a moment when they should be recovering after months of financial insecurity.”

Dr. David Blumenthal, the president of the Commonwealth Fund, remarked that people struggled with inadequate health coverage and mounting debt before the pandemic.

“Now, the administration and Congress have an opportunity to ensure not only that all U.S. residents have health insurance but that the coverage is affordable and comprehensive,” Dr. Blumenthal declared.