North Carolina’s pervasive legacy of slavery and racial injustice has spurred the renaming of many buildings and locations across the state once named after slave-owners and White supremacists. Buildings, streets and other venues are now being renamed across the state to bury that inauspicious past. 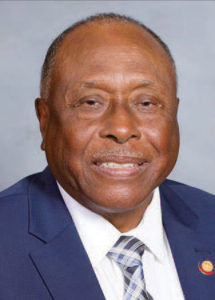 But for years, there have been discussions about renaming HBCU Fayetteville State University (FSU) for varied reasons, and recently two African American state House members filed legislation to make sure that that does not happen.

A Change.org petition online titled “Save the Name House Bill 270” Fayetteville State University started by Bradie Frink, has thus far, at the rise of this writing, garnered 182 signatures in support of the legislation.

One of the petition supporters, Derwin Campbell, wrote, “This decision could have detrimental [effects] to the autonomy of administrators, faculty, and student government in keeping the history of our fine institution intact.”

FSU, North Carolina’s oldest Historically Black College or University, has actually already been through several name changes since its inception in 1867 when it was first established as the Howard School for Education of African Americans. A decade later, the school was renamed the State Colored Normal School in Fayetteville. 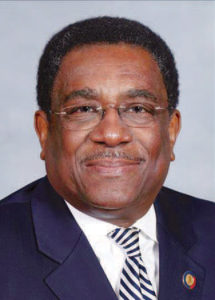 It was 1969 when FSU finally adopted its current name.

However, Republican Senate Pres. Pro Tem Phil Berger wanted to change the name of Fayetteville State University to UNC at Fayetteville in 2016 when he was seeking to lower the tuition of certain schools in the UNC System to $500 for in-state students.

FSU was never renamed under the Berger bill, but apparently representatives Pierce and Lucas are taking no chances, and thus have filed the bill prohibiting the renaming of the university.

However, if HB 270 passes the House, it may hit a brick wall in the state Senate. Sen. Berger is still the Pres. Pro Tem there, and if he still wants to change the name of FSU, he can put the brakes on HB 270 so that it never gets the Senate’s sanction, let alone any consideration.