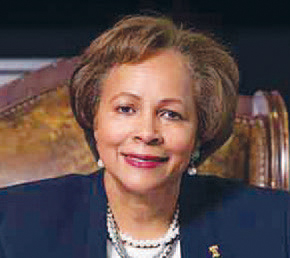 Bennett College is undergoing a change in leadership, after the school announced the sudden departure of its President, Phyllis Worthy Dawkins.

“The Bennett College Board of Trustees has announced that President Dr. Phyllis Worthy Dawkins will be leaving her position as of today. Bennett College would like to thank Dr. Dawkins for her commitment to the college, successful leadership and role in the Stand With Bennett campaign, which has raised over $9.5 million,” the college announced in a press release on Friday, June 21.
The release did not state whether Dawkins was fired, resigned or asked to step down.

“We thank Dr. Dawkins for her time and contribution to Bennett College, especially her leadership during challenging times and her dedication to the Bennett Community,” said Dr. Gladys Robin-son, chairwoman of the Bennett College Board of Trustees and North Carolina State Senator in the release. “We look forward to securing new leadership that will take the college to the next level.”

Dr. Dawkins has served as the college’s 18th president since 2017. She first came to Bennett in November 2015 as Provost and Vice President for Academic Affairs. She then served as Interim President at Bennett for just under a year after the departure of the 17th president, Dr. Rosalind Fuse-Hall in 2016. Dr. Dawkins was also this year’s recipient of the Higher Education Leadership Foundation (HELF) Trailblazer Award for her longstanding commitment to education and leader-ship development.

Over the next few months, Bennett College will be led by a transition team headed by Dr. Gwendolyn O’Neal, an alumna, who has been named interim president, effective immediately. Previously, O’Neal led the International Textiles and Apparel Association Commission on Accreditation and served as a professor and head of the Department of Consumer, Apparel and Retail Studies at the University of North Carolina at Greensboro. O’Neal served as an associate professor at Bennett College after receiving her Master’s Degree in Education from the University of North Caroli-na, Greensboro, and her Ph.D. from The Ohio State University.

College administrators revealed they have begun the search for a permanent president and expect to name one by the start of the new academic year in August.

The college has also tasked a Bennett Re-Engineering Committee (BRC), an independent committee of 19 local, state and national leaders, to help identify the strategies that will allow Bennett to maximize its position. The BRC is co-chaired by Tom Ross, president emeritus of the University of North Carolina System and Bennett College alumna, Yvonne Johnson, Greensboro mayor pro tem. The first meeting of the BRC was held on April 18, and the committee will continue to meet over the course of the summer. O’Neal is also a member of the BRC.

Johnson said she doesn’t know why Dawkins is no longer the president.

“I don’t know why Dr. Dawkins left, but what I do know is that we have to save Bennett,” said Johnson.

Only one of two all-female, historically Black colleges in the country, Bennett struggled with finances and enrollment over the last decade, with the Southern Association of Colleges and Schools Commission on Colleges placing the college on probation in 2016. A new strategic plan helped the college increase enrollment and even added a surplus to the college’s yearly budget.

In December 2018, the Commission of the Southern Association of Colleges and Schools (SACS) voted to remove Bennett College’s accreditation citing concerns over its financial stability over the long-term. The school filed an appeal, raised millions of dollars with the #StandWithBennett Campaign and received nationwide support, however, the Southern Association of Colleges and Schools stood by the decision to revoke the college’s accreditation earlier this year.

Bennett filed a federal lawsuit and continues to be accredited by SACS while the case is pending in court. The college is currently seeking additional accreditation by the Transnational Association of Christian Colleges and Schools, another national educational accreditation agency.