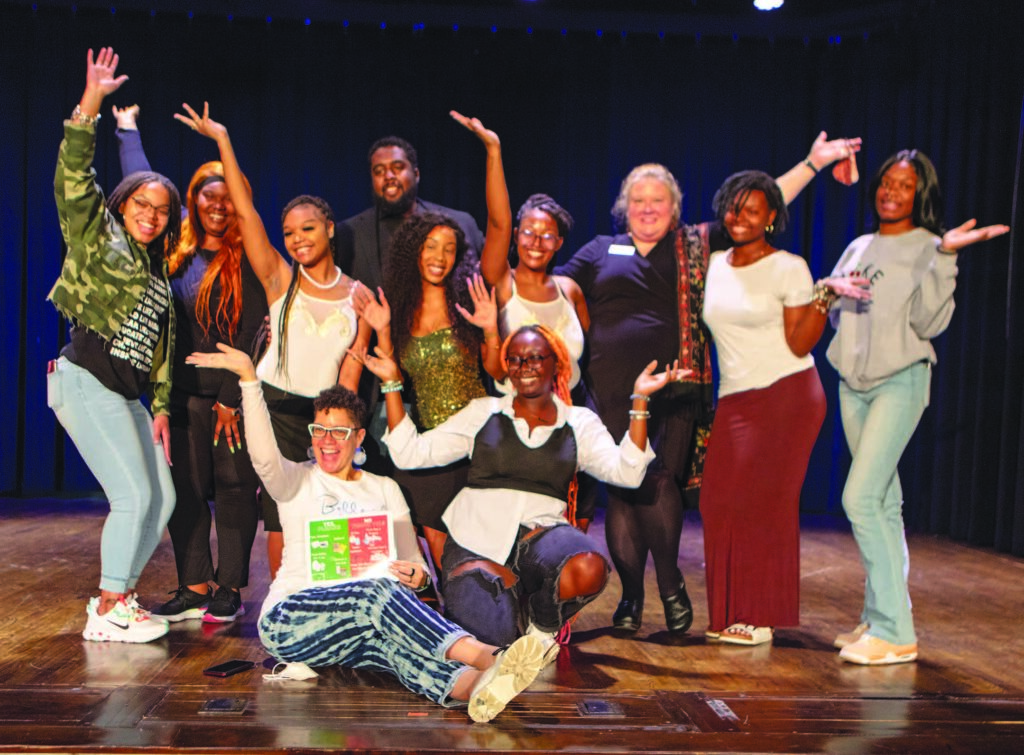 Bennett College hosted its first Friends and Family Weekend since the pandemic, starting on October 14. The three-day event was filled with plays, music, festivities and special guest speakers. 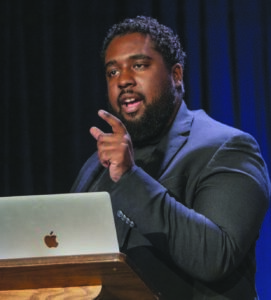 Tirenia Hunter, a senior Interdisciplinary Studies Major from Washington, D.C. and a founding member of Bennett College’s Green Team insisted that work on the ground starts with local elections.

“Our generation must question the people we put in office, we have to pay attention to the issues, and we have to vote for people who will protect and fight for us. And this starts with getting involved with local and state elections,” said Hunter, who added,

“This has real consequences for people in our communities. Consequences that are disproportionate along the lines of race, because we know that Black and Brown communities have less access to green spaces, which help lower temperatures. And we know that the extremely young and the extremely old, physiologically, have a harder time regulating their body temperature,” Barber noted.

He also works alongside his father, Rev. Dr. William J. Barber, II with the National Poor People’s Campaign where he serves as co-chair for the Ecological Devastation Committee.

“When we talk about environment and our role in addressing this climate crisis, it’s not about just saving the polar bears. We have to talk about how this crisis hurts people. Our people,” he said.

“When we talk about the low hanging fruits of the climate crisis, it is largely communities of color that are largely poor, largely rural, and largely in the Southeast. If that is the reality, then we must give voice to the concept that the people closest to the problems, are also the people closest to the solutions. That’s why the work of Black and Brown communities in the front of the movement is so necessary,” said Barber.

He also discussed redlining and federal housing discrimination practices directly contributed to the construction of major highways near these communities. Highways are a significant source of air pollution. The communities that were historically redlined are now being disproportionately exposed to vehicular air pollution based on proximity to highways.

He explained that change comes in putting in the call-to-action.

“How do we see our activism and advocacy on campus, in the community, across the state, and nationwide, as not just creating cleaner communities where it’s locally. But how do we see it, as a part of our answer, our contribution, as a generation, in leading this moment to redress the significant amount of harm that has historically been imposed on our communities, our families, and our nation. When we answer that question, that is truly how we get to a building a more sustainable future for the generations to come,” said Barber.

Friends and Family weekend at Bennett College also consisted of an open mic night in the theatre in honor of the late Professor Tennille Foust on Friday night. Saturday’s itinerary included a cookout style block party on campus, followed by the Miss Bennett College Coronation. The weekend culminated with the Founder’s Day Convocation in the campus chapel on Sunday.