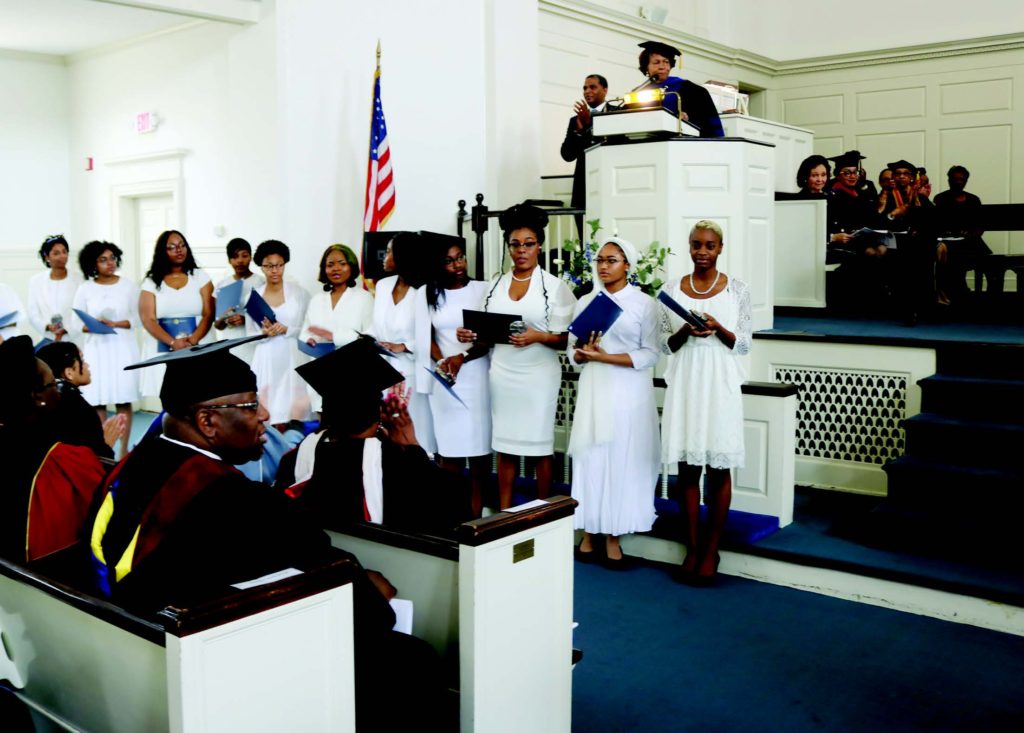 Mitchell dedicated his remarks to his wife, his daughter and his mother, the three women who he credited for making him the man he is today. 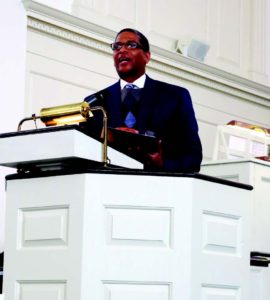 Mitchell told students that the seeds of success are first planted in the mind and adversity can be overcome with a positive mindset.

“Success and achievement begin with the way we think each day. What we put into our minds will grow,” he said. “You must learn to fertilize your mind and hearts by speaking positive words.”
Bennett alumna Alma P. Stokes ’64 was also recognized at the ceremony with a plaque for her years of service to the college. Stokes, whose lengthy career in education included nine years as a classroom teacher and 21 years as a principal in Guilford County Schools, worked with Bennett alumnae Dr. Joyce Martin Dixon ’56 and the late Ava Taylor-Williams ’69 to redecorate several residence hall parlors.

Twenty-eight Bennett Belles made the President’s List for spring 2019, which consists of students who have a 4.0 GPA. Bennett College President Phyllis Worthy Dawkins noted how pleased she was to see the multiple rows of names that appeared on the list. 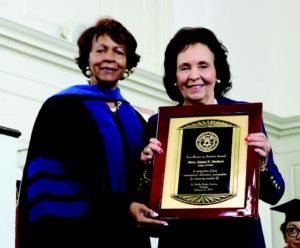 “Many of you have made it a point to study hard and pay close attention to your grades. I commend you for that and strongly encourage you to continue that practice,” said Dawkins. “It truly warms my heart to know that so many Bennett Belles are taking their college work seriously. You may not realize it, but your high academic achievement not only speaks well of you, but also your parents and Bennett College as a whole.”

The honors convocation also recognized students who made the Honors List, the Dean’s List and the Middle College at Bennett College A/A-B Honor Roll.

The celebration was short-lived however, when later that afternoon the college was notified of its accreditation status with the Southern Association of Colleges and Schools Commission on Colleges (SACSCOC). Bennett was cited in December 2018 by SACSCOC for lack of resources, and the college launched a major fundraising campaign to address the issue.

Despite the college’s unprecedented success with its #StandWithBennett Campaign, raising $9.5 million in under two months, the SACSCOC Appeals Committee still made the decision to revoke the college’s accreditation based on documents acquired from the school at an appeals meeting on February 18. President Dawkins said the funds raised will be used to pay down the college’s debt, provide more scholarships and increase the quality of student life on campus.

Dr. Dawkins noted that although the accreditation process will be slow and even disappointing at times, SACSCOC’s decision to remove Bennett from membership will not disrupt the daily operations of the college.

“We will continue to educate our young women to become analytical thinkers, effective communicators and phenomenal leaders. We urge everyone to keep the faith and know that Bennett College is standing strong,” said Dawkins.

Bennett has already begun the process to gain accreditation with the Transnational Association of Christian Colleges and Schools (TRACS). Officials from TRACS are scheduled to visit the college in March.