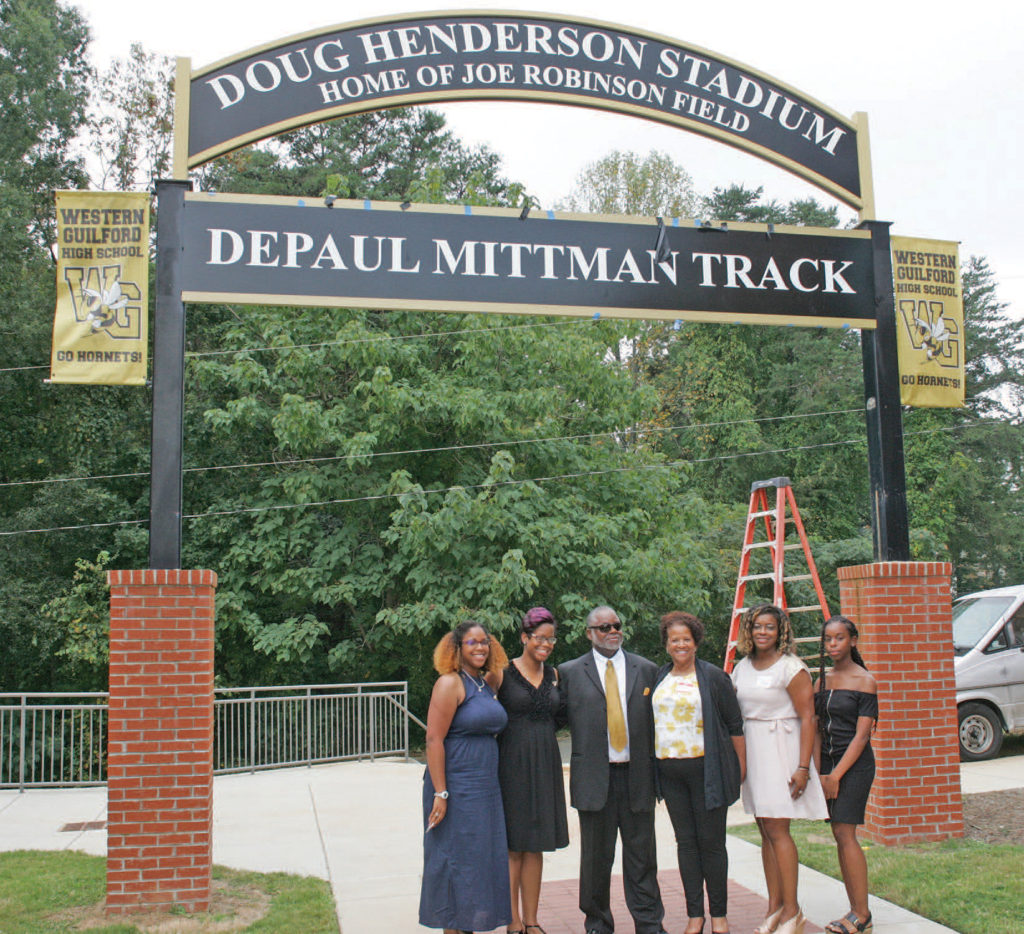 Mittman is an accomplished educator, coach and athletic event planner. Colleagues say Mittman has a proven reputation as a successful manager, leader and organizer of the highest-quality athletic competitive events. 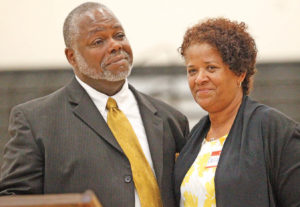 Mittman served as a history teacher and coach for 23 years at Western Guilford High School. He served as the NCHSAA state director from 1999-2009 and currently serves as the state meet coordinator. He co-founded the N.C. Track & Cross-Country Coaches Association, founded in 2001, and served as clinic director from its inception in 2001 to 2015. This track & field clinic was the largest and most comprehensive in USATF Region 3 (Maryland to Georgia).

“God favored me when he anointed me to become a track coach. It has been nothing but favor,” said Mittman. During Mittman’s time at Western Guilford, he and the high school’s track & field athletes earned the following awards:

Vineyard and her sister, Kimberly Tart, were present to honor Mittman for being “our coach, our teacher, but above all else, our friend. Vineyard said, “Your passion and dedication to the sport and to all your former student-athletes cannot be adequately expressed. You taught us work ethic, good communication and sportsmanship, integrity and values, and consistently motivated us to be better than we ever thought possible.”