Barbers cut and shave Sheriffs in a battle of the hoops 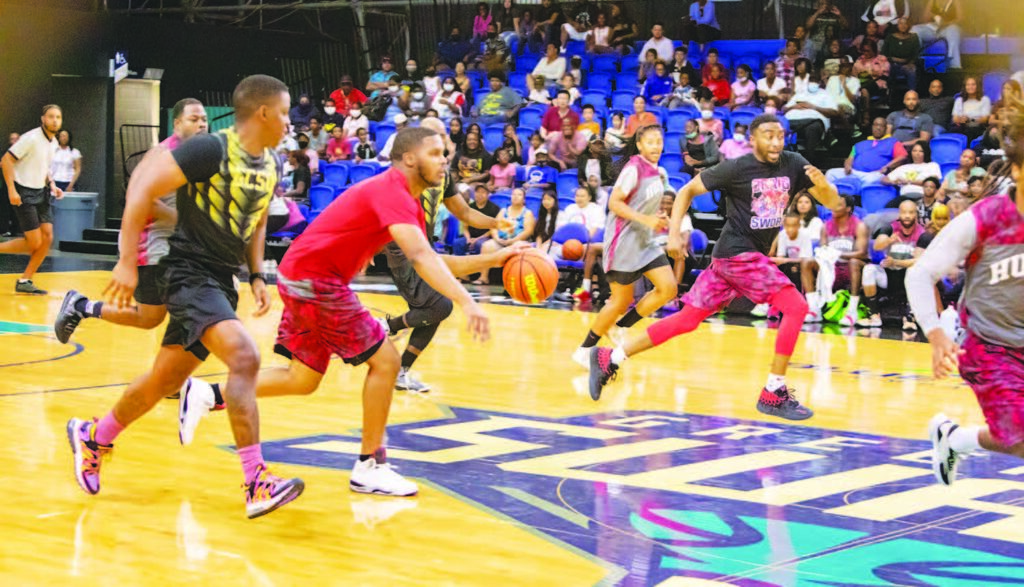 The Barbers start a drive near the three-point line. Ivan Saul Cutler/Carolina Peacemaker.

Both teams were comprised of men and women. who played hard at the Greensboro Coliseum’s Fieldhouse sometimes with visible frustration with their missed shots and the prevalence of air balls. Often, Joe Pope, the on the court play-by-play announcer, shouted, “Oxygen time!”

In the first half, the Barbers cut a wide-open double-digit lead. The Sheriffs tried closing the gap but never got close during the second half.

It was a workout for both squads that endured a vigorous workout and good fellowship. As is often said, “A good time was had by all for a great cause.”