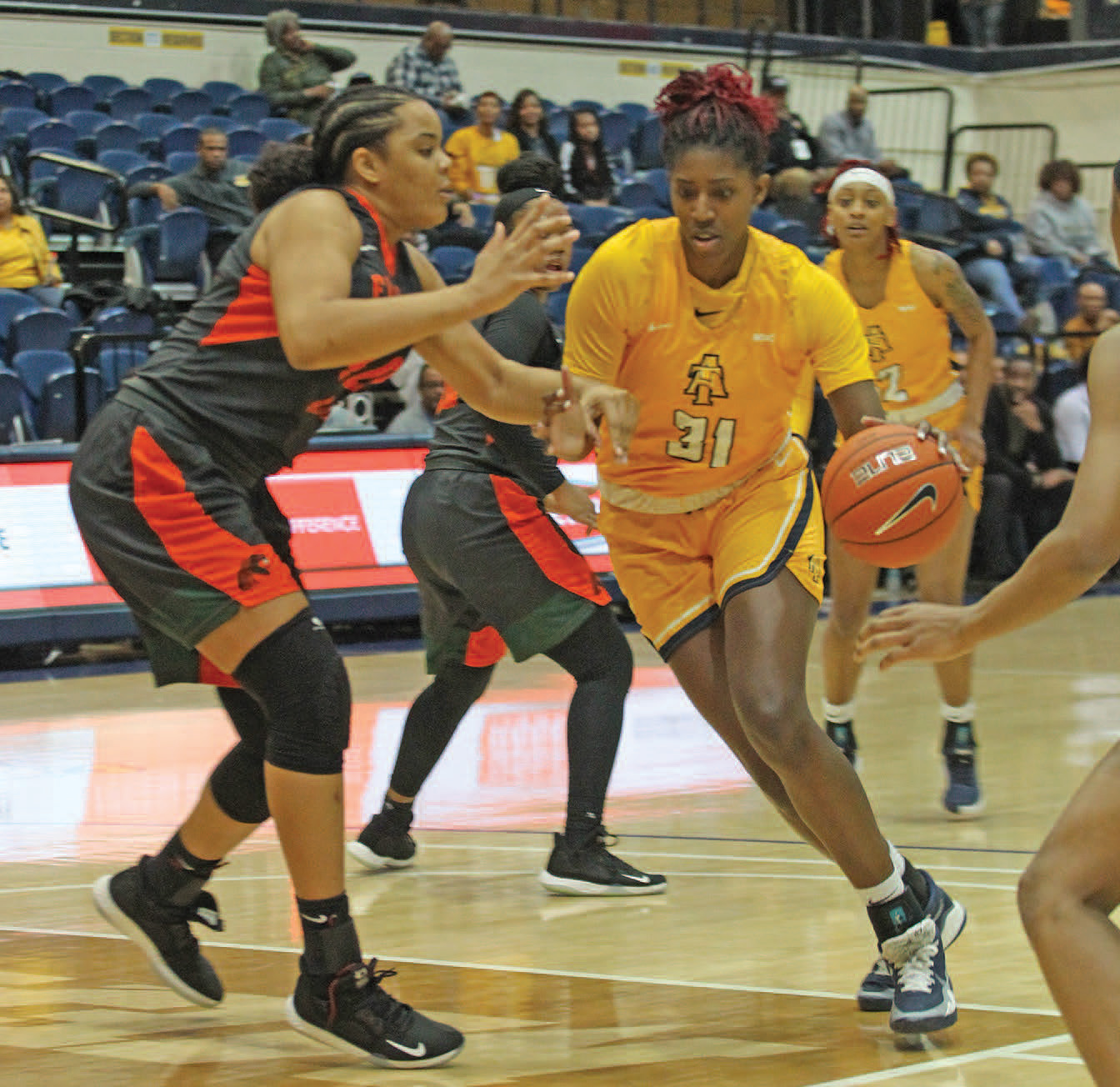 Jayla Jones-Pack, a junior 6′-3″ center, finished with a double double for NCA&TSU with 14 points and 11 rebounds against FAMU. Photo by Joe Daniels/Carolina Peacemaker 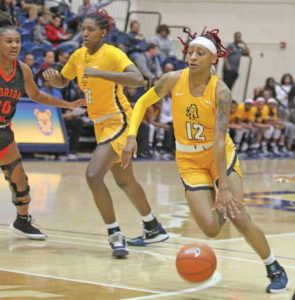 The Aggies dominated Florida A&M from the tip and never let up. When it was over, they had their 25th straight MEAC regular-season win, a 71-44 Mid-Eastern Athletic Conference (MEAC) triumph over the Rattlers.

“I liked the first half. I thought we set the tone defensively,” said N.C. A&T coach Tarrrell Robinson. “We really did a great job in transition. I didn’t like the second half. I think they scored more than they did in the first. We’ve got to get better with that.

There is not much to complain about for the Aggies (9-4, 1-0 MEAC) who won their third straight overall and improved to 5-0 at home this season. Senior C’coriea Foy led the way with 19 points, seven rebounds and five assists on 4-for-6 shooting from 3-point range and 7-for-15 shooting from the floor.

Senior Cinia McCray came off the bench to score 16 on 7-for-13 shooting. Jayla Jones-Pack finished with her second double-double of the season as she closed out the night with 15 points and 11 rebounds. Seven of her rebounds came on the offensive end. Junior Deja Winters added six steals.

N.C. A&T buried the Rattlers (2-11, 0-2 MEAC) using a suffocating defense, a wicked transition game and a red-hot Foy from the perimeter. The Aggies led 15-0 after the first four minutes of the game and 21-6 at the end of the first quarter after Foy hit a 3-pointer late in the quarter. Foy finished the first quarter with 11 points on 3-for-4 shooting from 3-point range.

The Aggies ballooned their lead to 29 over the first five minutes of the second quarter as Jones-Pack scored on back-to-back possessions to give the Aggies a 37-8 lead.

The Rattlers scored the final six points of the half to go in the locker room trailing 37-14. The closest FAMU got in the second half was 22 points, 43-21, with 3:34 remaining in the third quarter. The Aggies benefited from 31 FAMU turnovers that resulted in 31 Aggie points.