A&T Women Close Out NCAAs and Pass the Torch 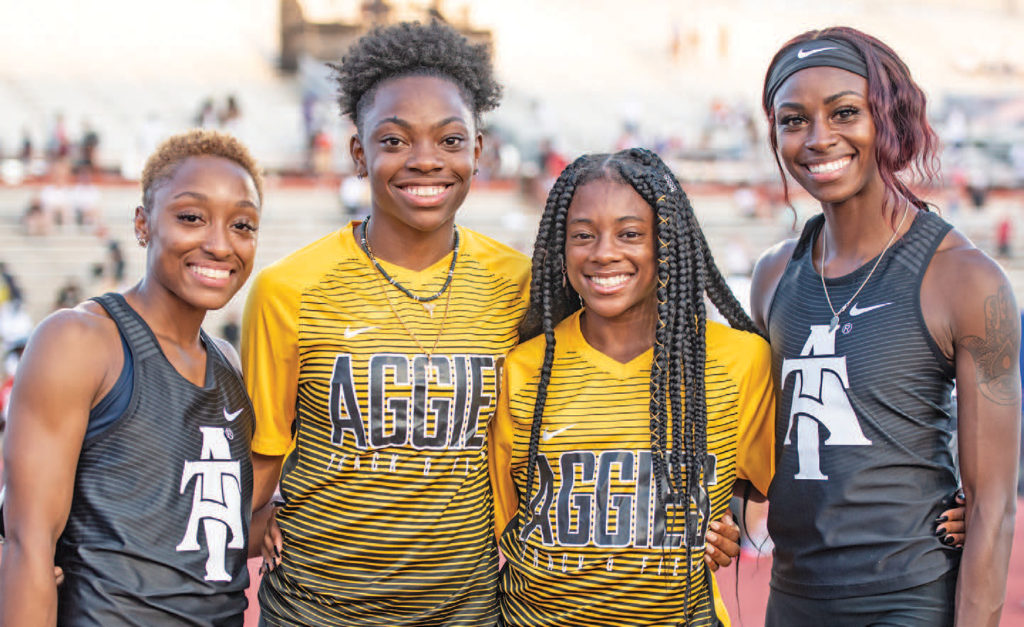 The Aggies completed the 2019 NCAA Track and Field Championships on Saturday, June 8 with three women’s events at the University of Texas’ Mike A. Myers Stadium.
In the last of those three events, senior Kayla White and freshman Cambrea Sturgis competed in the women’s 200 meters.

But the days of cheering on White as she dons an A&T track and field uniform has come to an end with White finishing sixth overall in teh 200. The 200m race, however, gives Aggies plenty of hope that the program is progressing forward despite the loss of White, one of Aggie track and field’s most decorated student-athletes.

Sturgis took bronze in the 200 finishing with a personal-best 22.394. She has dropped her 200m time in each of her last six races going from 23.02 to her time on Saturday at UT.

“Cambrea has grown so much this year,” said Duane Ross, the Aggies’ director of track and field programs. “She is an absolute joy to be around. She is the future of this program which she demonstrated today. She is only going to get better. Our women’s program is in perfect hands.”

The program is leaving the hands of White who had her best showing of the day in the women’s 100m. White ran the best collegiate time of her career, 10.95 secs., but it was not enough because LSU freshman Sha’Carri Richardson ran the fastest collegiate time in history, 10.75 secs., to take home gold.

White, the outdoor national runner-up in the 100, will end her collegiate career with six first-team All-American nods (three outdoor, three indoor), by far the most by any athlete in A&T history, male or female.

“I’m so happy for Kayla,” said Ross. “She had a great collegiate career and has really set herself up for the future. This program is so much better because of her. She has made me a better coach and I can’t wait to see what she does at the next level.”

White and Sturgis, along with junior Tori Ray and freshman Kamaya Debose-Epps finished sixth in the 4x100m relay with a time of 43.09 seconds.

Overall, the Aggie men and women finished 15th at the national championships. They were not the finishes Ross was hoping for, but he hopes next year the Aggies will have tons of talent returning with many of the 2019 conference champions coming from the freshman class.

“We didn’t finish as well as we should have,” said Ross. “We’re a better team than that and some of our athletes forgot that this week. If everyone does their job, both programs finish top-5.”