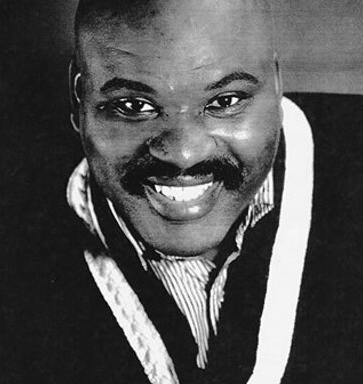 Award-winning playwright and performing activist Arnold Pinnix is launching his “Became a Peacemaker” campaign in commemoration of the anniversary of the 1963 “March On Washington” and Dr. Martin Luther King Jr’s “I Have A Dream Speech.”

Pinnix’s play named, The Peacemaker, in honor of the founder of the Carolina Peacemaker will be used as a fundraising tool for the J.M.K. Performing Activist Fund and the “Stop the Racism Campaign.”

Pinnix pays tribute to Dr. John Marshall Kilimanjaro, a former professor of Speech and Theatre Arts and English Literature at North Carolina A&T State University, who starred Pinnix in various theatrical productions during his study at the A&T Theatre Department. Kilimanjaro and wife, Vickie, also attended the 1963 March on Washington.

Pinnix was the recipient of the John Marshall Kilimanjaro Community Service Award.

Arnold Pinnix aka A. Gregory Harris is the Director of Arts and Culture for Rev. Al Sharpton’s National Action Network. He relocated to New York City when he was discovered as a comedy writer for the Rev. Jessie Jackson during his appearance on NBC’s “Saturday Night Live,” in 1984. Pinnix became Director for the Negro Ensemble Company Traveling Theatre and is now head of Garvey Studios Talent Development in Harlemwood, USA(E.125th St. & 3rd Ave). He is starring as the Phantom of Broadway in New York City, a Garvey Studios Theatrical and Film Release.

Copies of The Peacemaker are available on Amazon.com.