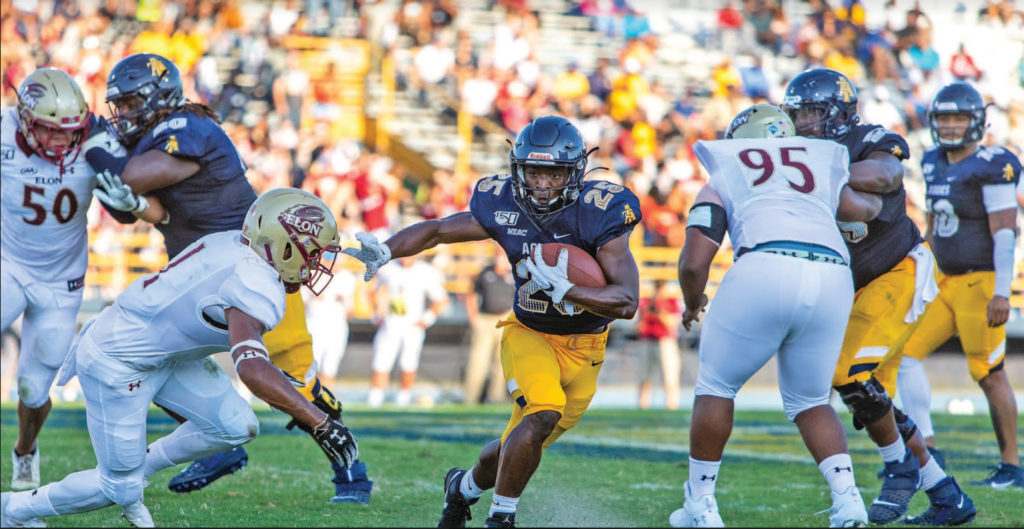 As much as A&T might have wanted to bask in the euphoria of last weekend’s 24-21 thriller over Elon, the Aggies are having to quickly turn their focus to their next big challenge. A team that, on paper, might be their most formidable opponent to date.

Up next is a trip to Durham to face Duke University, who some experts predict will compete for the ACC Coastal division title and earn a bid to a major bowl game this year. Unfortunately for A&T, the Blue Devils will be the proverbial wounded animal entering this contest, still trying to recover from a 42-3 beat down suffered last week at the hands of No. 2 ranked Alabama. 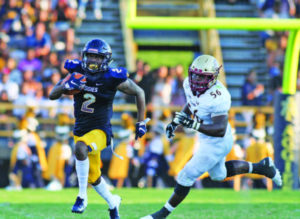 It’s also unlikely they will be moved by the fact that A&T has won three of its last four contests against FBS opponents.

Make no mistake about it: Duke will be out for blood this Saturday when the teams square off at Wallace Wade Stadium at 6 p.m. And the Blue Devils would like nothing more than to erase the pain of their loss to Alabama with an equally-as-dramatic rout of A&T in what will be the first ever meeting between the two schools.

Such is the sobering reality of college football, where teams rarely get more than 24 hours to revel in a heart-stopping victory or mourn a heartbreaking loss.

Still, the Aggies will be riding a wave of momentum after they earned their fourth consecutive victory over Elon, improving their all-time series lead to 8-4. The win also marked the eighth straight time the Aggies have beaten a non-conference opponent and the second win in a row against a ranked FCS team.

Kylil Carter, a fifth year senior who has spent the past few years as Lamar Raynard’s top backup, finally got a chance to be the outright starter last weekend and performed admirably. Against Elon, he completed 16-of-27 passes for 193 yards, two touchdowns, and perhaps most importantly, no turnovers.
Missing from the offensive lineup were four of the Aggies top five receivers due to unspecified reasons, but that didn’t ground A&T’s vaunted air attack. Senior wide receiver Elijah Bell had a whale of a game, finishing with nine catches for 92 yards and a jaw-dropping, one-handed touchdown that made ESPN’s Top 5 list.

He was joined on the stat sheet by tight end Quinzel Lockhart, who caught two passes for 39 yards and a touchdown, and newcomer Korey Banks, a speedy transfer from South Carolina who recorded two receptions for 24 yards and had a number of long punt and kick returns.

On Defense, A&T was forced to replace eight starters from last season including MEAC Defensive Player of the Year Darryl Johnson Jr. who currently is a member of the Buffalo Bills.

All-American cornerback Mac McCain is still recovering from an ACL injury and will likely be out until conference play.

Duke entered this season with lofty expectations, coming off an 8-5 campaign in 2018 that included a 56-27 victory over Temple in the Independence Bowl.

Last year’s star quarterback Daniel Jones was drafted sixth overall by the New York Giants. Replacing him this year is redshirt senior Quentin Harris who threw for 97 yards on 22 attempts with two interceptions against Alabama.

Despite the lopsided final score, Duke actually competed well against the Crimson Tide for most of the first half.

The Blue Devils held Alabama scoreless for the opening 15 minutes but saw Alabama break the game wide open with back-to-back touchdowns to open the second quarter.