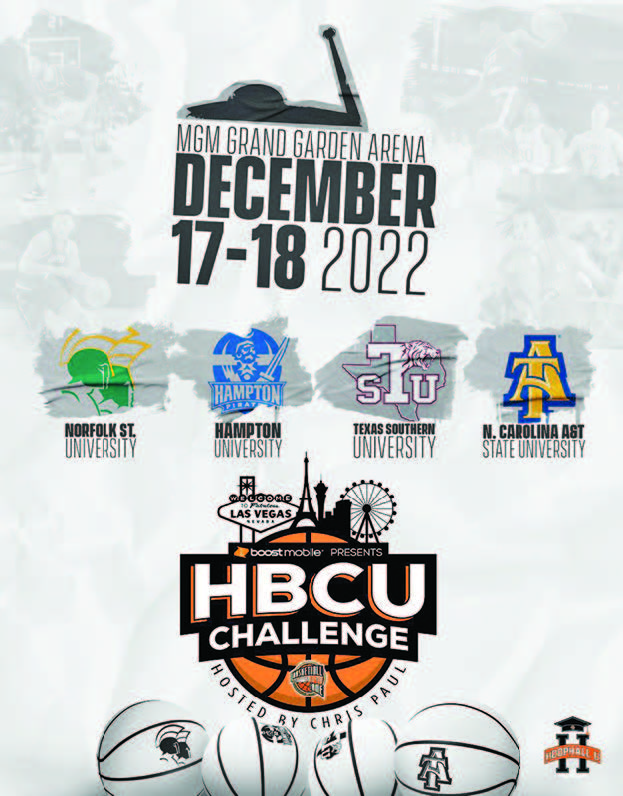 The North Carolina A&T men’s basketball team is one of four Historically Black Colleges and or Universities (HBCUs) slated to participate in the Boost Mobile HBCU Challenge, announced the Naismith Memorial Basketball Hall of Fame.

“It’s a great opportunity for our team and university to showcase why we are the largest and best HBCU in the world,” said head coach Will Jones. “I want to thank CP3 and the Basketball Hall of Fame for putting together such a great platform for the HBCU family.”

A&T’s national recognition as a premier HBCU continues after participating in the inaugural Invesco QQQ Legacy Classic, a four-team tournament that award-winning actor and film producer Michael B. Jordan partnered with to promote HBCUs this past December.

A&T has 116 all-time meetings between the other three participating HBCUs – Hampton (66), Norfolk State (48) and Texas Southern (2).

Aggieland is also home to Naismith Hall of Famers Al Attles and Hugh Evans (who will be inducted September 9-10). Attles became the first-ever player to have his jersey retired and his No. 22 jersey hangs inside the Corbett Sports Center. Evans served as an NBA official for 28 years (1973-2001).

“We are so excited for the second year of our HBCU Challenge. It is great to work with our partners to give these student athletes a national stage they may not otherwise have,” said Paul. “I hope these events give these players an experience that they’ll remember for the rest of their lives. I sincerely appreciate the collaboration of the Basketball Hall of Fame, Mohegan Sun and MGM. I can’t thank the team over at Boost Mobile enough for their support of HBCUs and for returning this year.”

The Basketball Hall of Fame is mindful and appreciative of the contributions Black athletes, Black coaches and HBCUs have made to the game of basketball since its inception. For several years, the Hall has incorporated the Early African American Pioneers committee into its Enshrinement election process, with a mission to acknowledge and honor those who were the greatest players of their time and created opportunities for future generations. Several Hall of Fame inductees have ties to HBCUs, including: Nat Clifton, Xavier University of Louisiana (HOF Class of 2014); Sam Jones, North Carolina Central University (HOF Class of 1984); John McLendon, Hampton University, Tennessee State, North Carolina Central (HOF Class of 1979 & 2016); Earl Monroe, Winston-Salem State (HOF Class 1990); and Willis Reed, Grambling State (HOF Class of 1982).